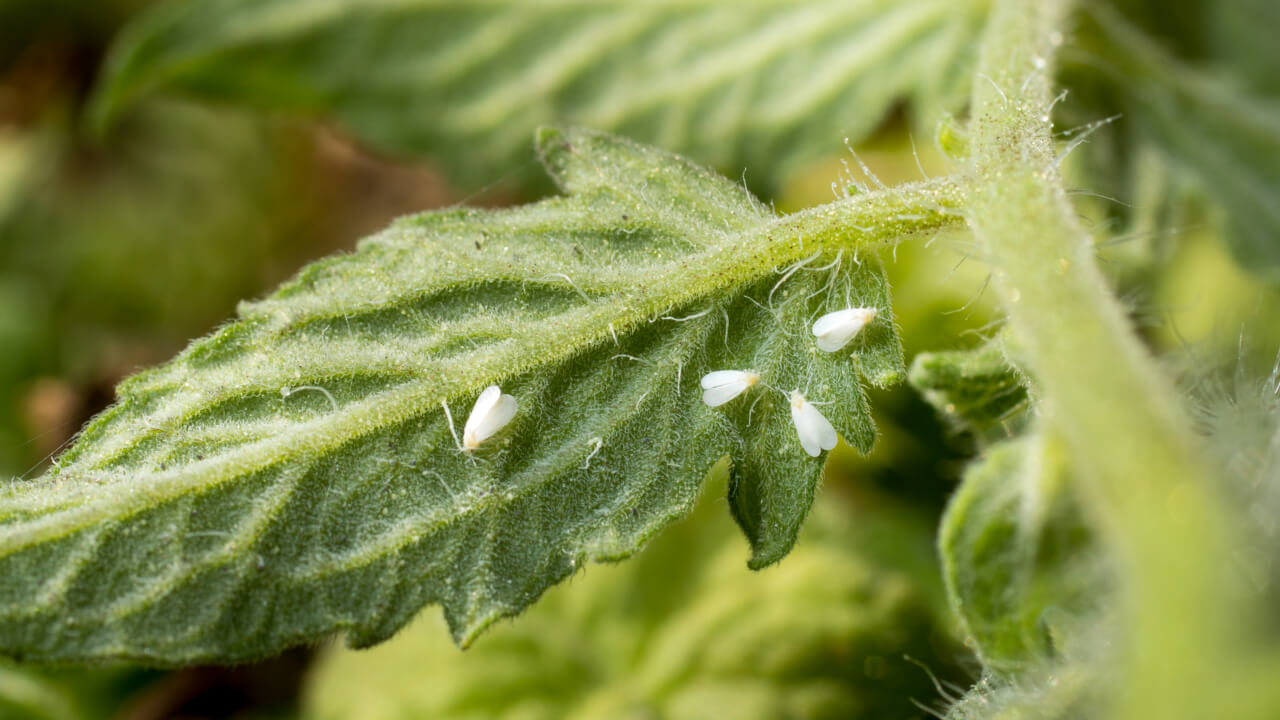 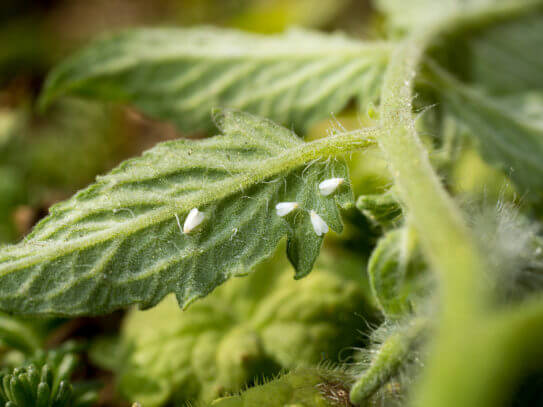 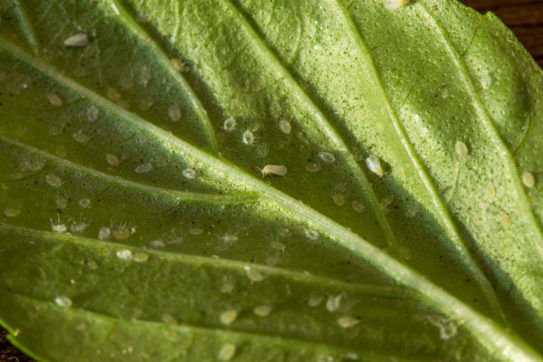 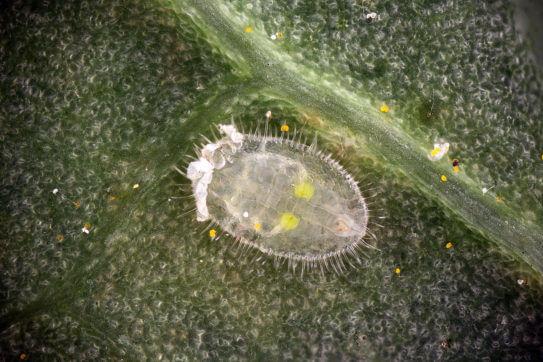 Whitefly is a major soybean pest in Brazil and Australia with documented yield losses as high as 25 percent. In Midwestern soybean fields however, it is not considered a serious pest. The most recent serious outbreak of whiteflies in Midwestern states was in 2007. More significant problems have occasionally been reported in Georgia and Florida. Whiteflies, which are somewhat similar to aphids, have a high reproductive potential and are notorious for quickly developing resistance to insecticides. For these two reasons, whiteflies have historically been major pests of greenhouse plants, commercial vegetables, and cotton.

There are several species of whitefly, but the one most commonly associated with soybean is the sweetpotato whitefly, Bemisia tabaci. Similar to soybean aphids, whiteflies produce honeydew on the leaves and other plant parts where sooty mold can develop and inhibit photosynthesis. Whiteflies are most commonly seen on velvetleaf or button weed, and soybean fields with heavy weed populations may have higher whitefly numbers.

Whiteflies are sucking insects that feed on plant juices in both the immature and adult stages. The adult stage is about 1/16 inch long, with four whitish wings and a yellowish body. The wings are held roof-like over the body and are more or less parallel to the leaf surface (Figure 1). The adults are easily disturbed and often fly up as you walk through a field. The nymphs feed on the undersides of leaves. They are flattened and look like scale insects. 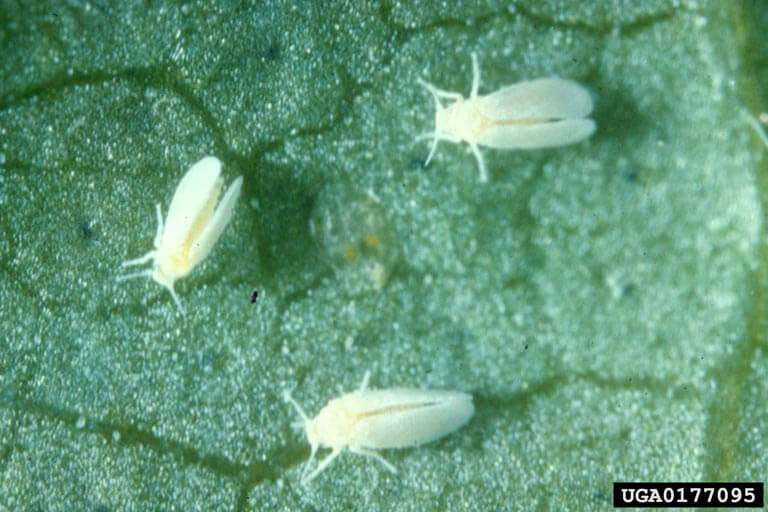 Scouting is not usually done specifically for whiteflies. They are usually found while scouting for more serious pests including soybean aphids and two-spotted spider mites.

Economic thresholds for whiteflies do not exist. The combination of two-spotted spider mites and soybean aphids may complicate treatment decisions in soybeans if these other two pests are present but below their respective economic thresholds. Obviously, there are no guidelines for considering all three pests in the same field. Until there is a better understanding of whitefly damage potential, the recommendation is to not spray solely for this insect. Insecticides applied to this insect have caused chemical resistance in other regions, which has led to whitefly “flare ups,” similar to what we sometimes witness with two-spotted spider mites. It is possible that after years of spraying for soybean aphid control along with the resident populations of velvetleaf where whiteflies also reside, that resistant populations have developed or enhanced the resistance that already existed in the population.