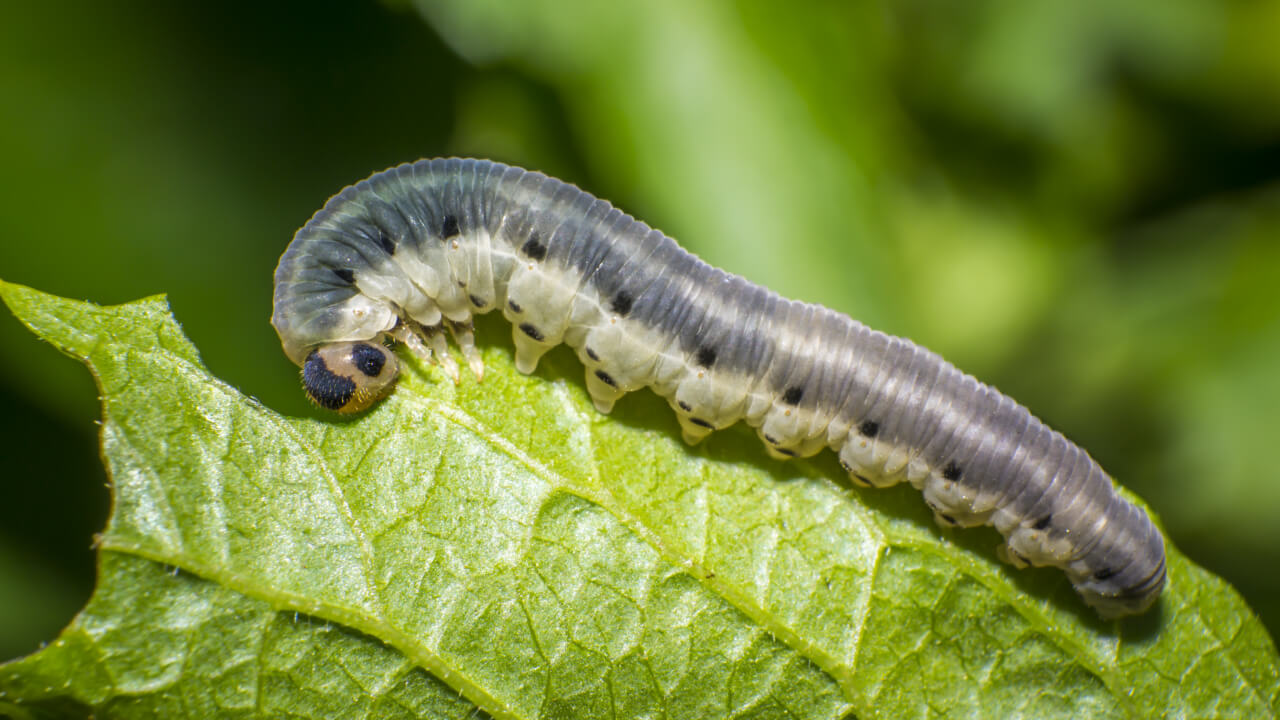 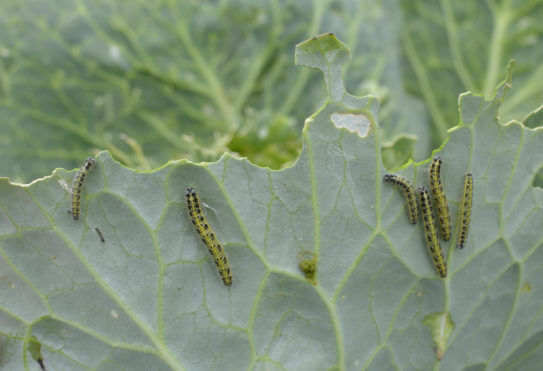 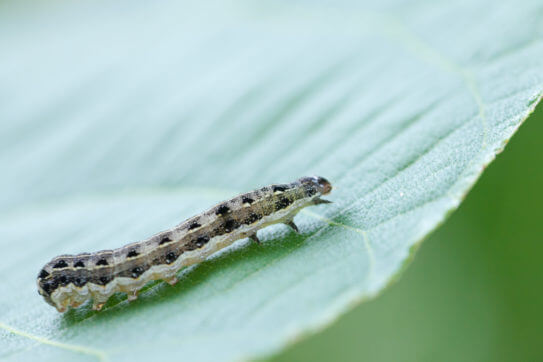 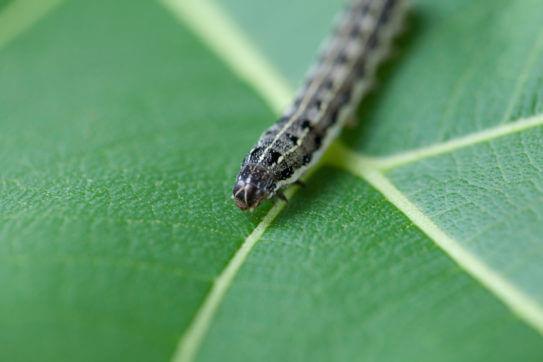 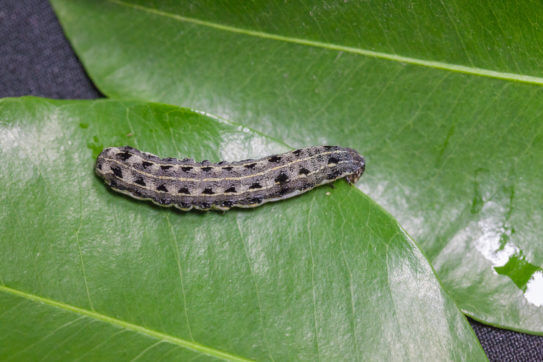 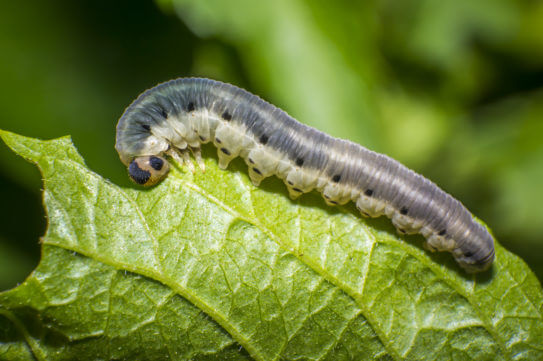 There are several species of cutworms, all with a wide host range, including soybean. Most cutworms overwinter as pupae in the soil or as young larvae, however, some move into the Midwest as moths from southern latitudes. Late-planted and/or weedy fields are at higher risk for cutworm infestation. Young cutworm larvae feed above-ground at night or on cloudy days. Older, larger worms tend to remain below the soil surface, and often cut plants above, at, or below ground level.

Cutworm Identification
Cutworms are similar in general appearance. They are smooth with very few hairs and are about two inches long when fully grown. They typically curl into a tight ‘C’ shape when disturbed.

Different species can look different from one another and they can range in colors including brown, tan, pink, green, gray or black. Some cutworms are a uniform color while others are spotted or striped. Some larvae are dull and others appear glossy or shiny. 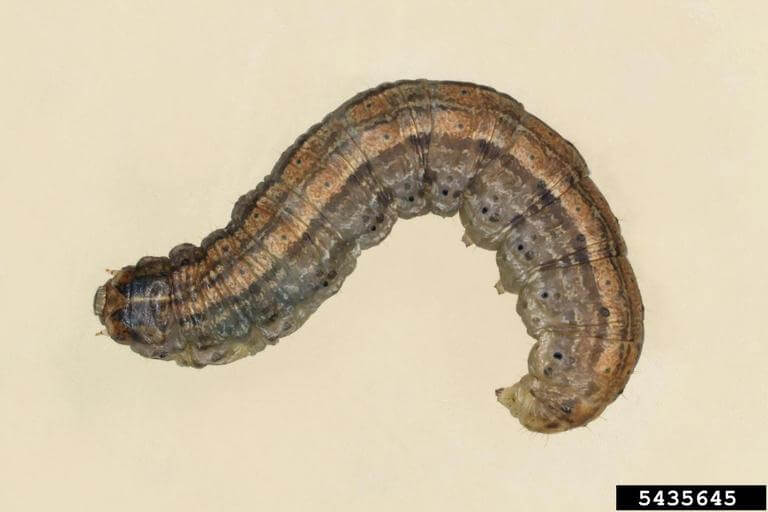 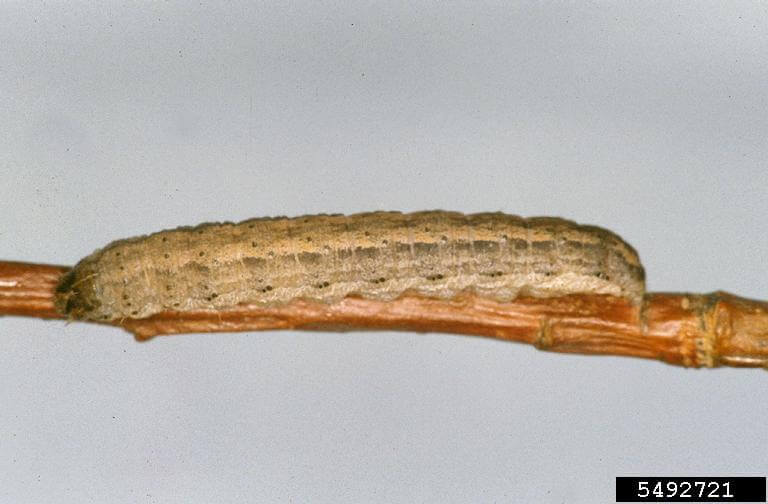 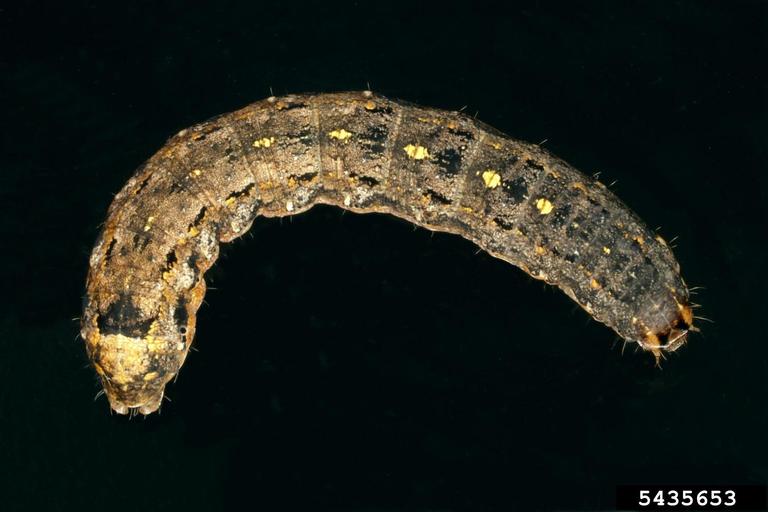 Fields should be inspected for stand loss during seedling growth stages. 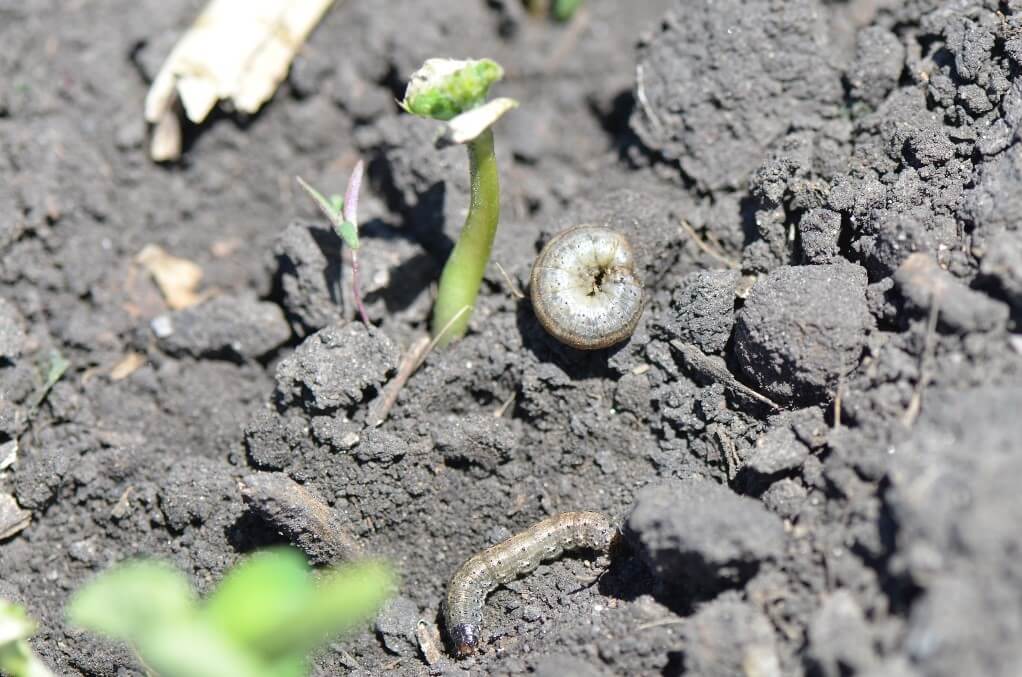 Soybean is a resilient crop, able to tolerate relatively high levels of stand loss. Damage from all cutworm species should be considered together. If cutworms are threatening the stand to the level that plant population will be a limiting factor for good yields, treatment may be needed. The minimum number of plants per foot normally needed for good yields at different row spacing, if plants are not under stress, is as follows:

Established thresholds for treatment vary widely among states, ranging from as little as 5% damage in Nebraska to 30% damage in Kentucky. For the most effective treatment, cutworms should be present and less than one inch in length. As cutworm larvae becomes mature, control with insecticides becomes more difficult. Numerous insecticides are registered for cutworm management. Always read the label and follow directions before use.