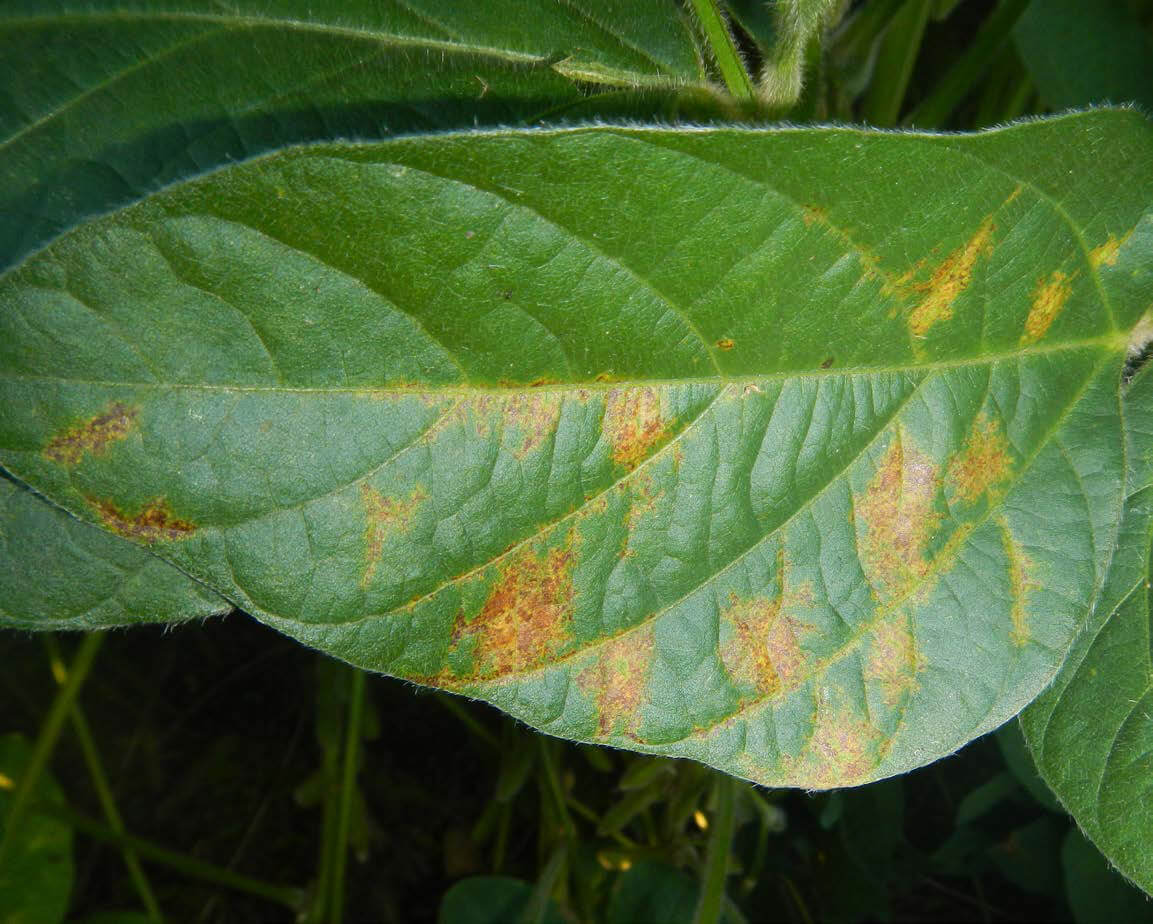 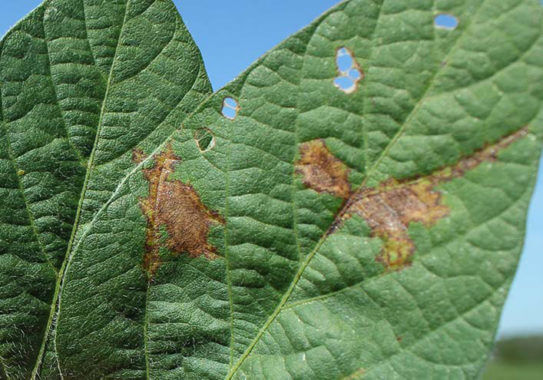 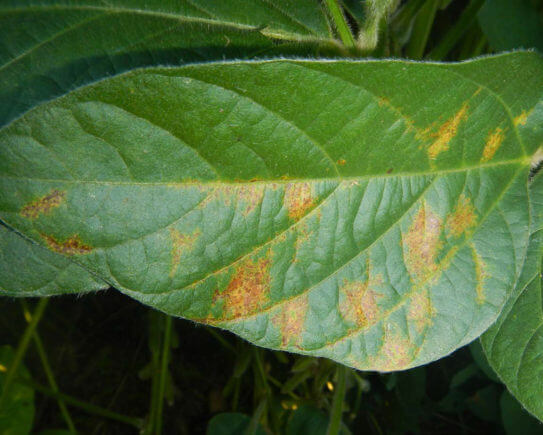 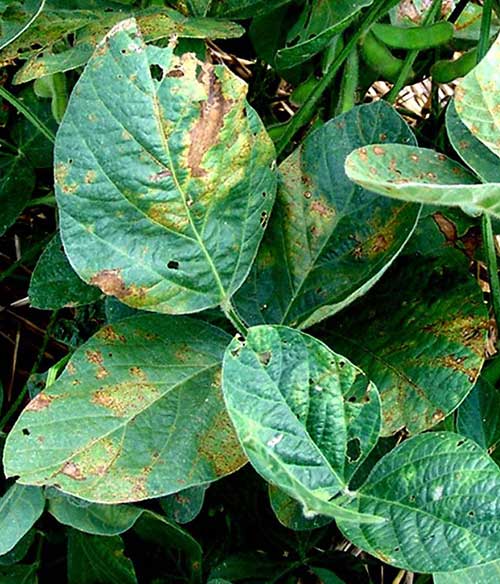 Soybean farmers should be aware of Soybean Vein Necrosis Virus (SVNV). The disease was discovered in Arkansas and Tennessee in 2008 and has now spread to over a dozen states and Ontario, Canada. SVNV is now considered the most widespread soybean virus disease in the United States.

Soybean Vein Necrosis Virus symptoms generally begin to appear later in the season during the reproductive stages of growth. Symptoms can be found throughout the canopy. Initial symptoms include a yellowing along the leaf vein. Later, the yellowing becomes a reddish-brown and irregularly shaped lesions will begin to expand from the vein. The tissue within the lesion will eventually die.

Consult the bulletin Soybean Vein Necrosis Virus on the resource page for descriptions and photos of the most common look-alike problems. It is important to accurately diagnose SVNV and other soybean diseases to prevent unwarranted and potentially costly management decisions that will not work.

SVNV is spread by soybean thrips. As with most other insect vectored virus diseases, chemically managing the insect has not been successful because complete elimination of the pest is not possible.

Seed transmission of the virus has been reported at a rate of up to six percent. Growers should use only certified, disease-free seed.

A three-year study over six states concluded the SVNV did not impact yield, however, seed quality may be reduced due to a reduction in oil concentration.