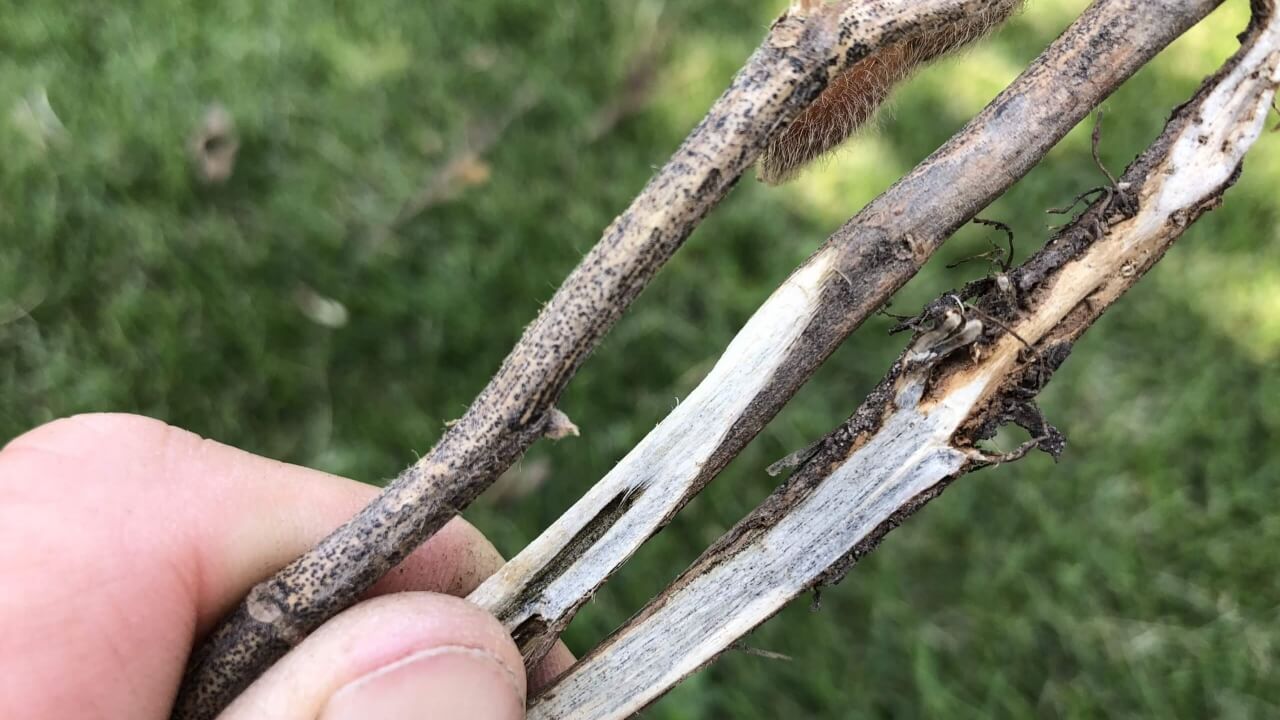 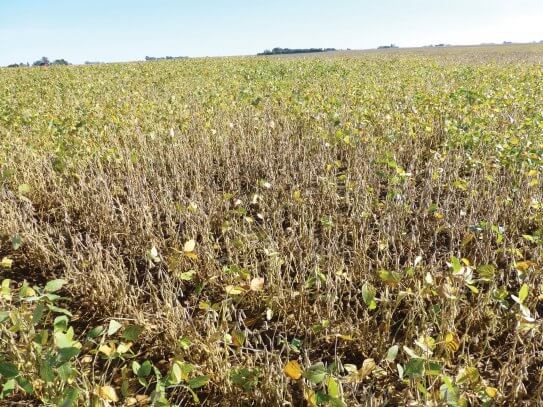 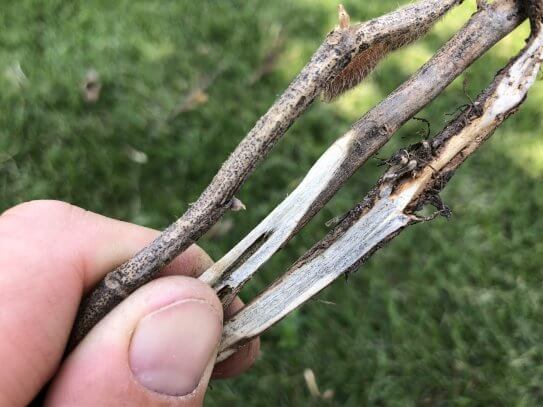 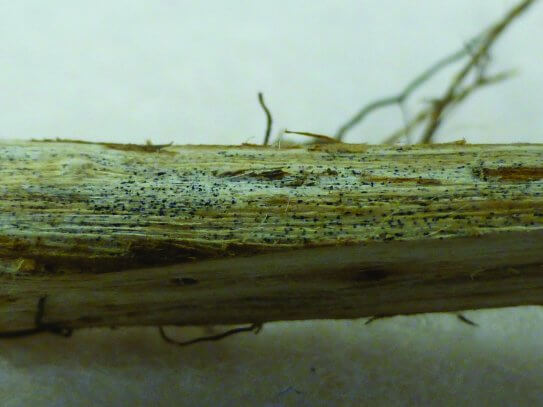 Charcoal Rot of soybean is caused by the soilborne fungus Macrophomina phaseolina. While historically considered a southern problem, its importance is increasing in the North Central States and Ontario, Canada. For instance, it is the most important soybean disease in Kansas. Increases in the disease’s importance parallel increases in average summer temperatures and the increasing number of extended dry periods that are occurring in July and August, when most soybeans are in the reproductive stages of growth.

The fungus causes a general root rot in soybean, infecting the roots and lower stems. The name charcoal rot is descriptive of the small, black, fungal structures, known as microsclerotia, that form in and on the lower stem and roots of infected plants. Yield loss from charcoal rot is highly variable based on when conditions favorable for disease develop. The earlier hot and dry conditions appear, the greater the yield loss will be.  Fields under drought stress without charcoal rot will often survive and extra two or more weeks compared to those with M. phaseolina present. Yield losses from this earlier plant death can then be directly attributed to the disease. Management generally involves various ways to maintain adequate soil moisture when rainfall is limited.

Infection of the plant occurs early in the season when soil moisture levels are high. However, symptoms typically do not develop until the reproductive stages when plant moisture requirements increase, and soil moisture becomes limiting. If excessively dry soil conditions do not occur, then late season symptoms will not develop.

In some cases, charcoal rot symptoms may appear in lower wetter areas of the field. In these instances, the soybeans have previously been infected with other root rotting diseases including Pythium, Phytophthora or Rhizoctonia root rot. The damaged root system decreases the ability of the roots to move water from the soil to the plant, putting the plant under moisture stress. Microsclerotia then begin to form on these moisture stressed plants. In these situations, the charcoal rot fungus can be considered a secondary invader.

Stress caused by high plant populations, soil compaction, improperly applied herbicides, nematodes, or other diseases can favor the charcoal rot pathogen and increase the risk of infection. Unlike most soil fungi, which decline in activity when soils become too warm, the charcoal rot fungus is most active when soil temperatures are high (> 85° F)

Management is best achieved by a combination of practices.

No fungicide seed treatments have been identified that offer consistent control of charcoal rot and foliar fungicides are not effective.