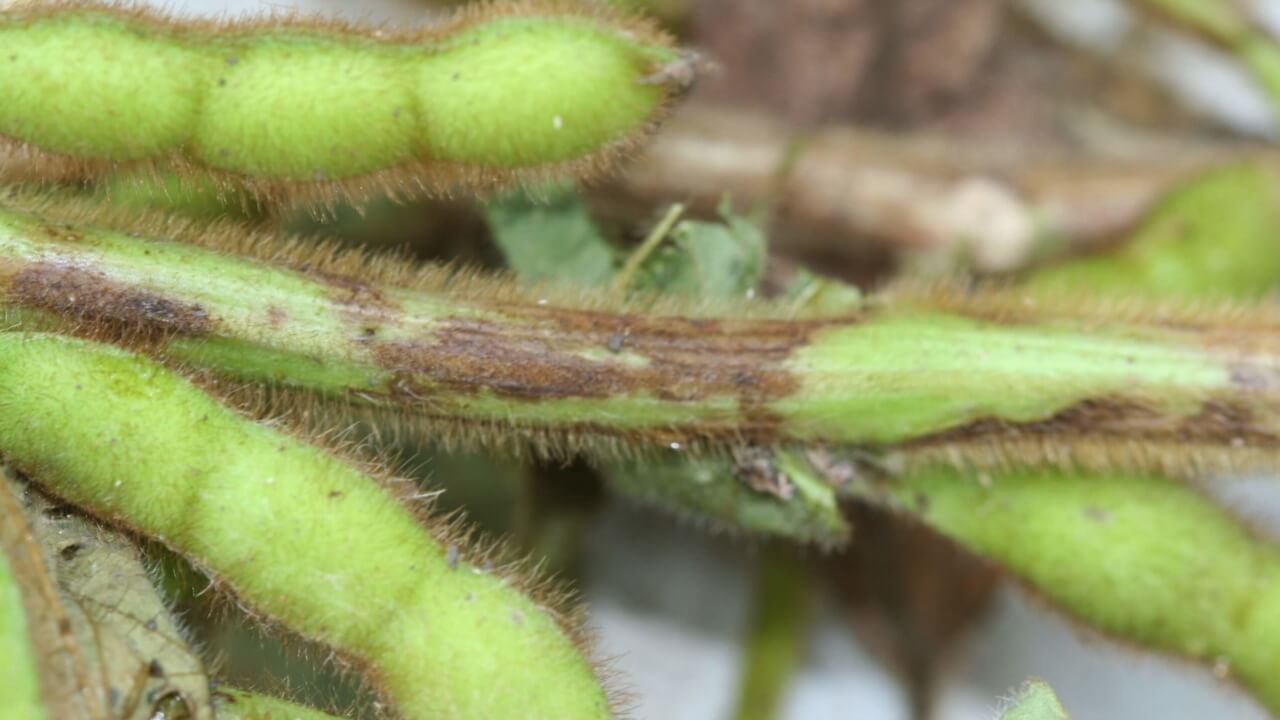 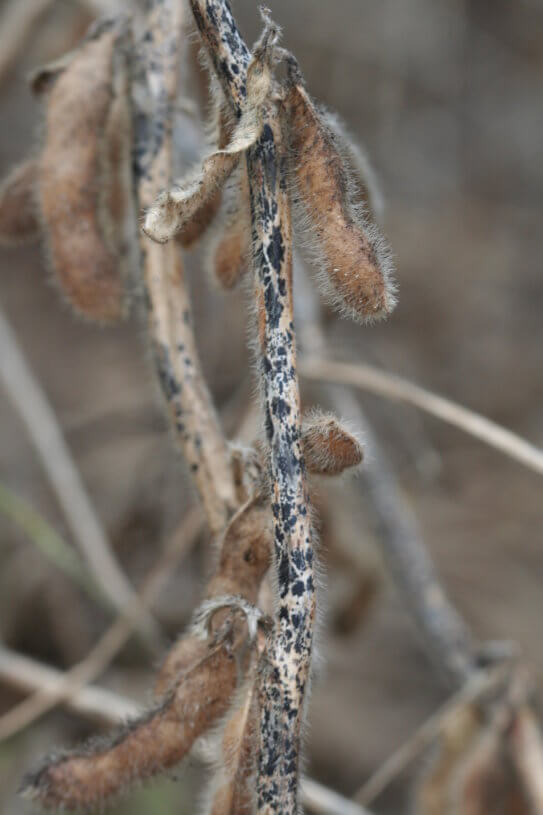 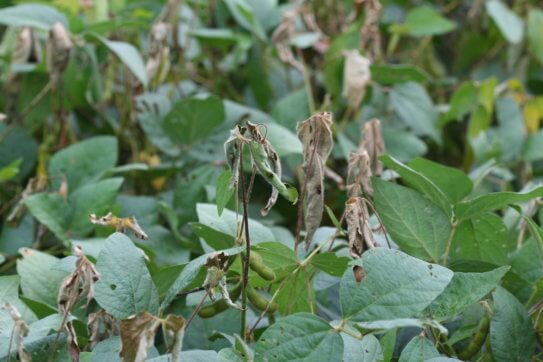 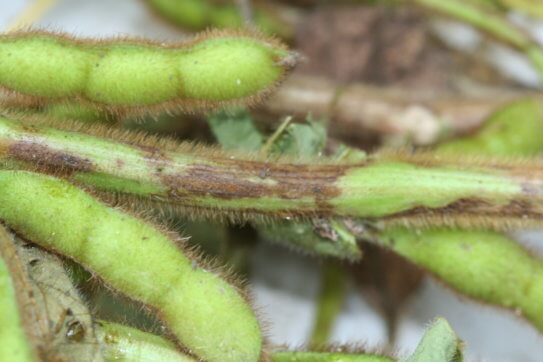 Anthracnose Stem Blight is caused by several species of Colletotrichum fungi. It is present in soybean fields to some degree every season, but it generally does not cause severe symptoms or yield loss. When rainy, humid weather occurs consistently during the reproductive stages of growth, however, anthracnose can combine with Phomopsis pod and stem blight and purple seed stain to significantly reduce seed quality that can result in a price dockage at the point of sale.

Colletotrichum spp. also cause anthracnose diseases in other crops, most notably corn and sorghum.

Anthracnose symptoms are most commonly seen during the later reproductive growth stages. Symptoms on foliage, stems, petioles or pods typically appear as dark, irregular lesions. Within the lesions are small black dots, which are the fruiting bodies (acervuli) of the fungus. Tiny black spines (setae) may be evident when viewed with 10X magnification.

When pods are infected, the fungus may completely fill the cavity and no seeds are produced, or fewer, smaller seeds may form. Seed that does form may appear brown, moldy, and shriveled, or may look normal.

The dark, irregular-shaped lesions caused by anthracnose can sometimes be confused with those caused by pod and stem blight. Both can occur together on the same plant late in the season. They can be differentiated in that anthracnose lesions are larger and randomly scattered on the stem, whereas pod and stem blight’s reproductive structures tend to line up in vertical rows on the stem.

Soybean varieties differ in their susceptibility to anthracnose, but seed companies typically do not provide ratings since the disease is not considered yield limiting.

Anthracnose is seed-borne and can cause seed rot and seedling blight. Following a year with poor seed quality, use of a seed treatment is recommended.

Foliar fungicides applied after bloom can prevent seed infection. However, at the time a spray application would be most effective (R3 – R5), symptoms are not yet present.

The fungus can survive from year to year in crop debris. Inoculum build-up can be reduced by rotating crops and burying or shredding soybean residue to promote rapid breakdown

Anthracnose of Soybeans, University of Kentucky

Anthracnose on Soybean, University of Minnesota, 2018