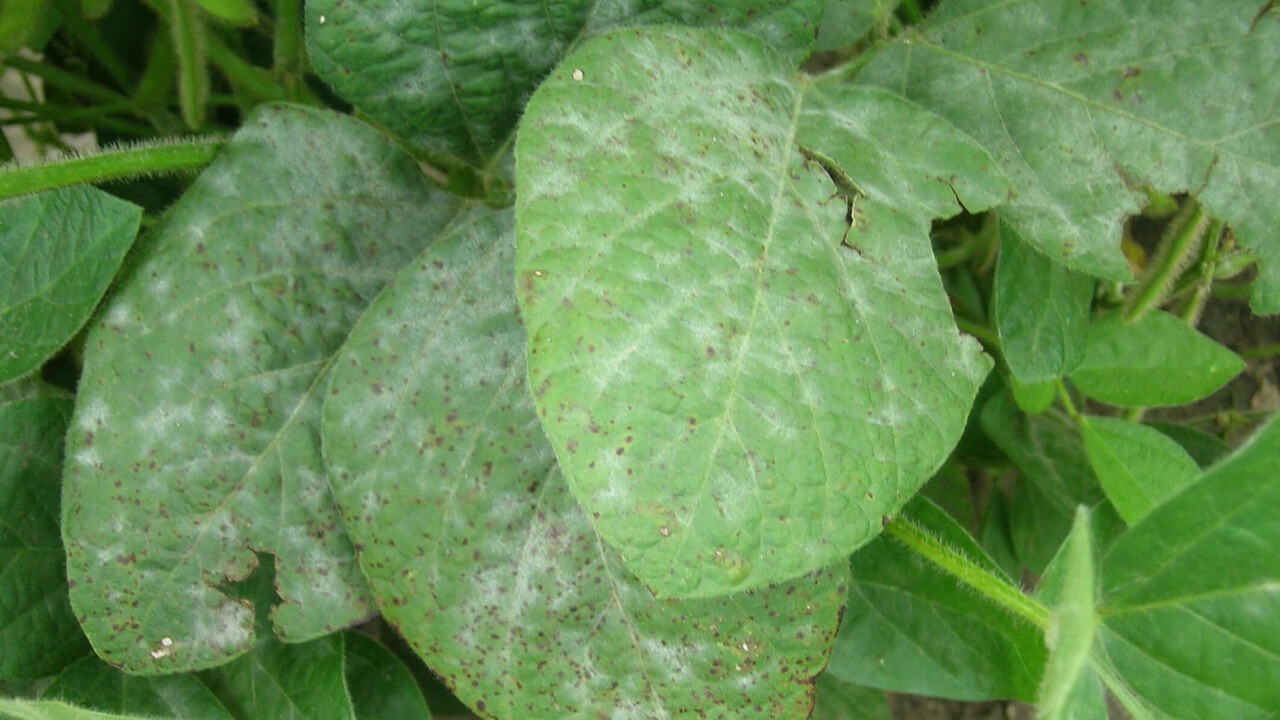 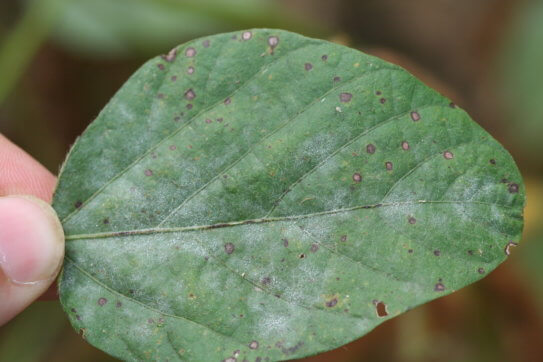 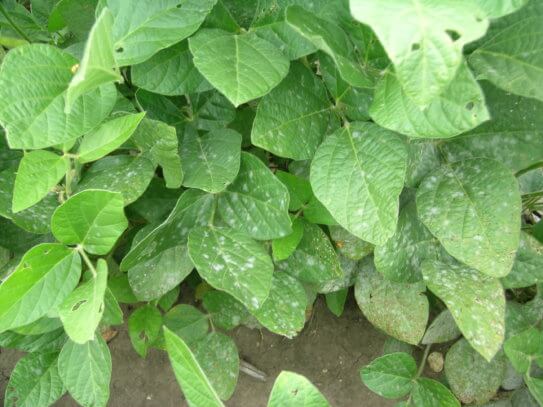 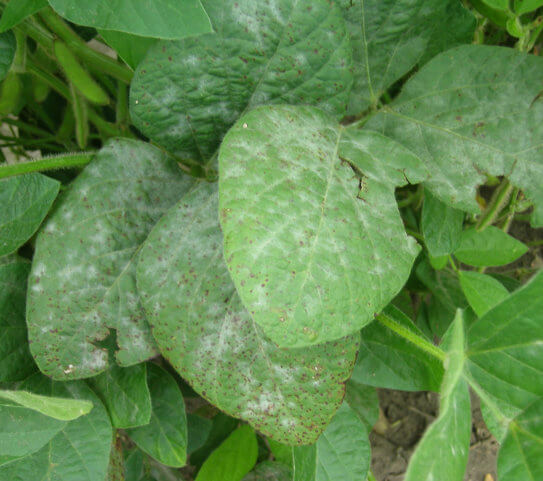 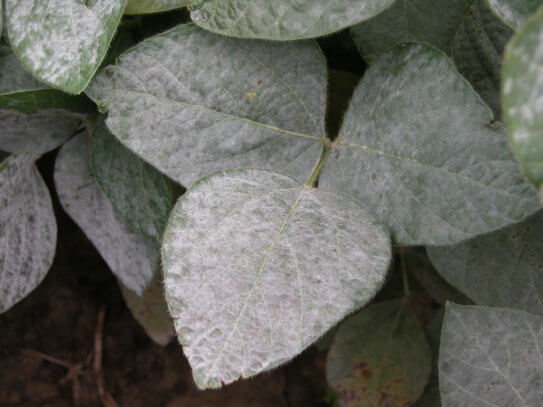 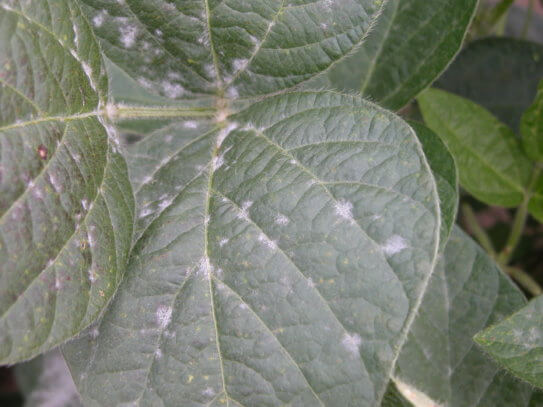 Powdery mildew on soybeans requires cool, cloudy weather and low relative humidity. This combination of temperature and relative humidity is not common during most Midwest summers, so powdery mildew is a disease that occurs only sporadically in the region. When it does occur, it is usually late in the season when temperatures are beginning to decline.

Like most powdery mildews, the most common symptom is a white to light gray, powdery fungal growth that covers the upper surface of leaves, although all aboveground plant parts may be affected. Infected leaves tend to be most common in the mid to lower canopy. Later symptoms may include leaf tissue yellowing and premature leaf drop.