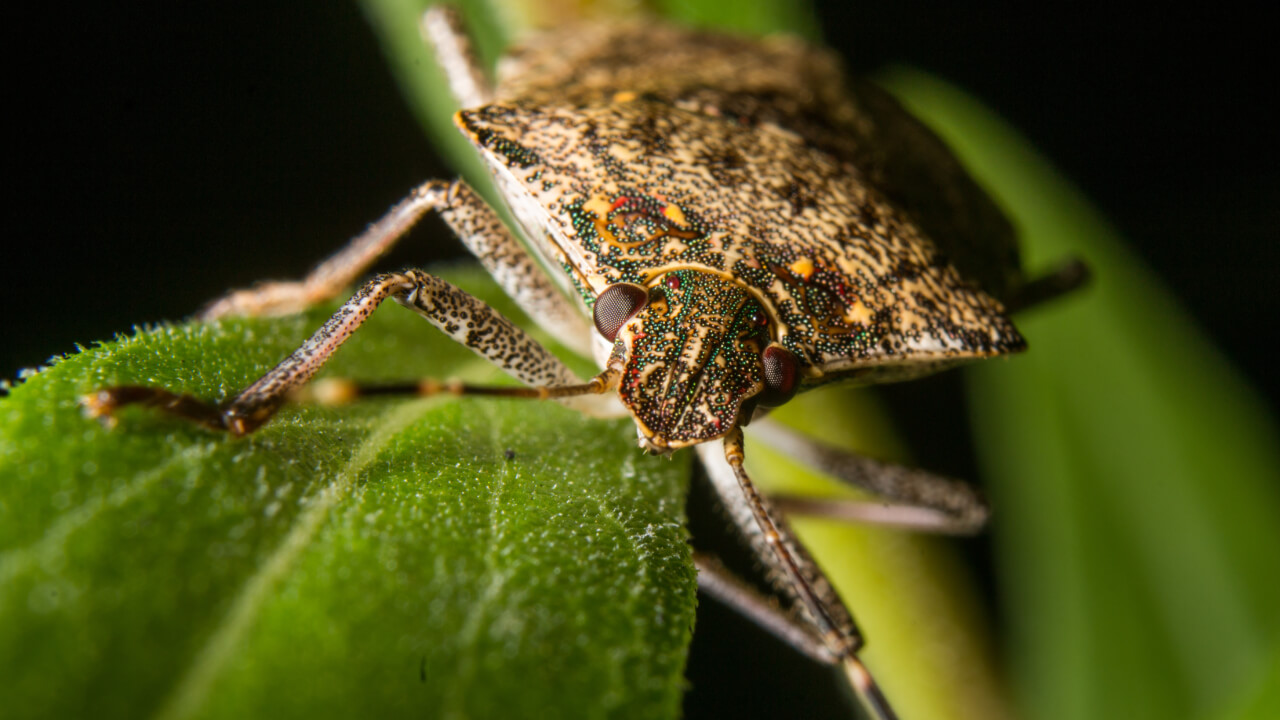 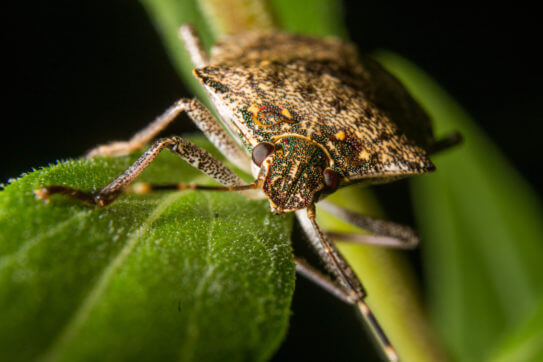 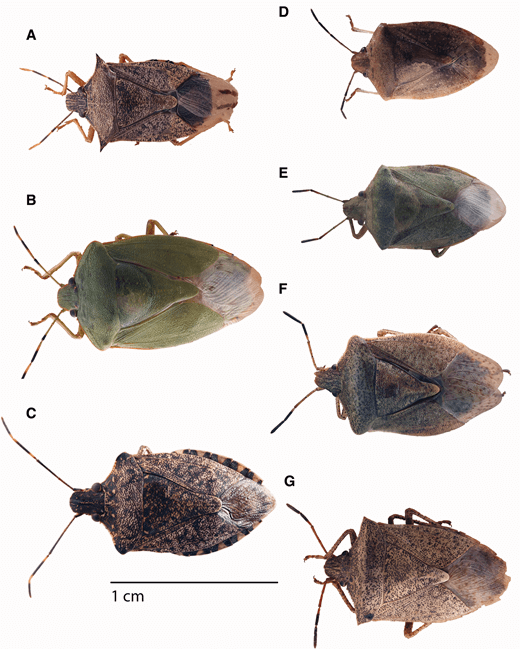 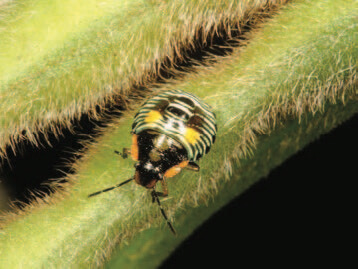 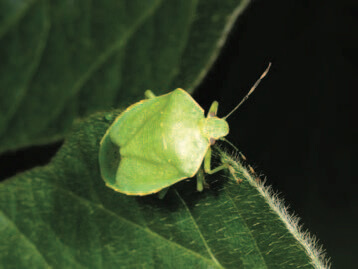 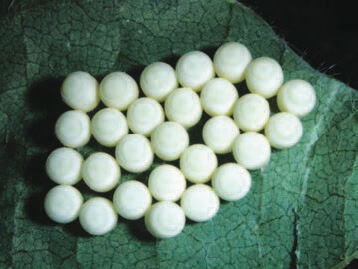 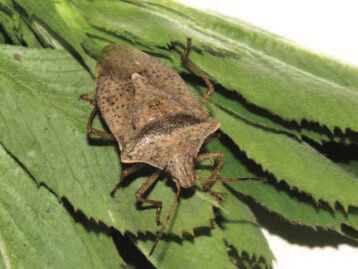 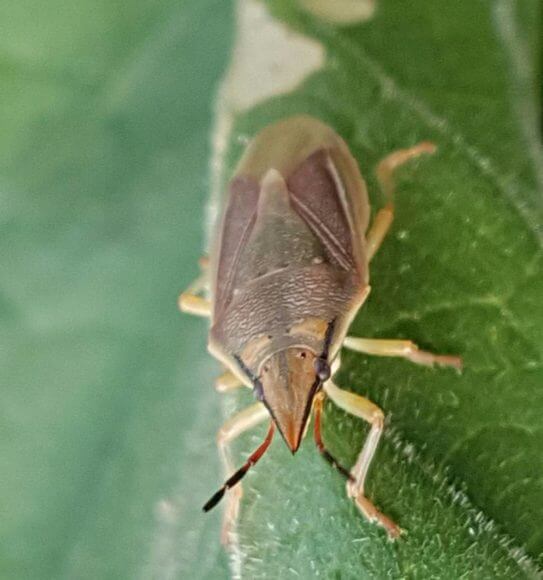 In southern states, stink bugs collectively are the costliest insect pest followed by corn earworm. While traditionally considered a southern pest, the range of stink bugs is moving north, and westward as average yearly temperatures continue to increase.

Stink bugs get their name from the foul odor they produce as part of their defense mechanism. Stink bugs are attracted to soybean plants in the bloom to early pod-fill stages. They primarily attack soybean pods and seeds, using their piercing-sucking mouthparts that act like hypodermic needles to remove the plant’s fluids. Stink bugs can decrease yield and quality significantly without proper management.

Identification
Stink bugs are relatively large insects, ranging in size from slightly less than ½ to 1-inch in length as adults. All stink bugs have a characteristic “shield” shape.

Two beneficial stink bugs may also be encountered in soybean fields: the spined-shouldered stink bug and the two-spotted stink bug. These stink bugs are predators of crop pests and should not be included in calculations for monitoring and treatment. 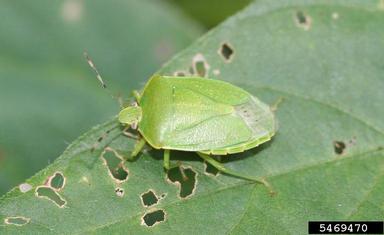 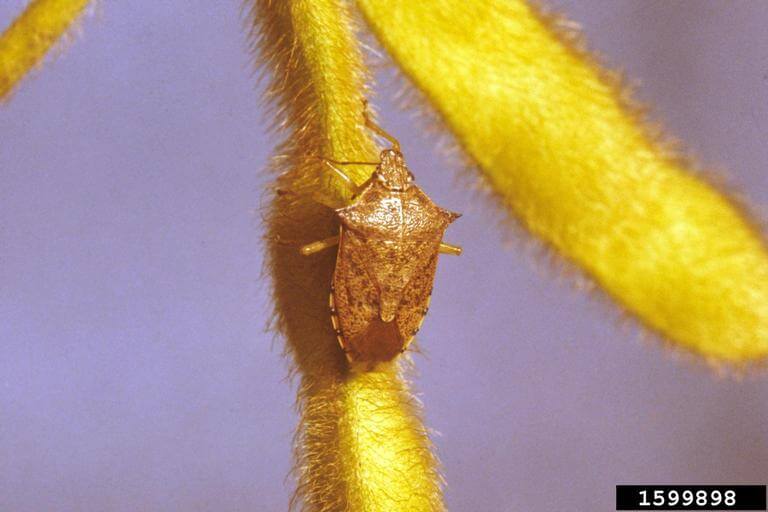 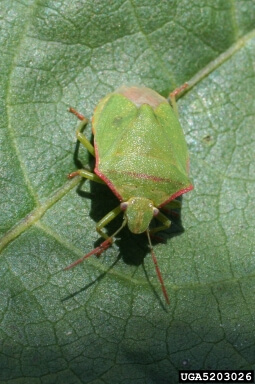 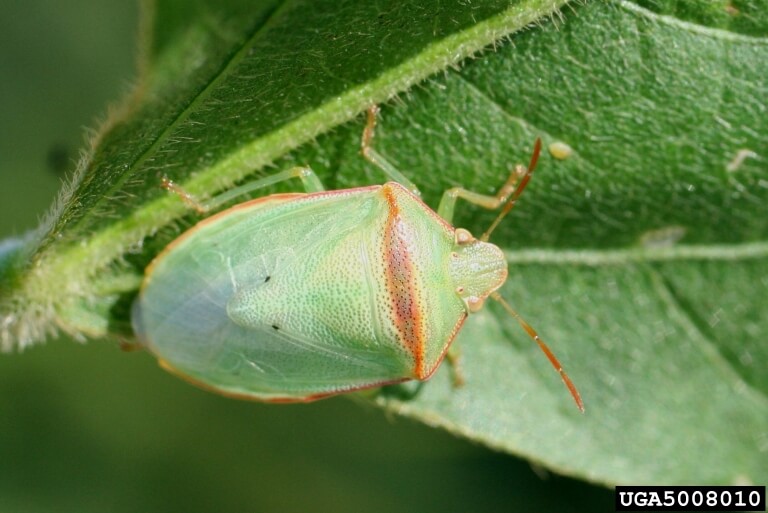 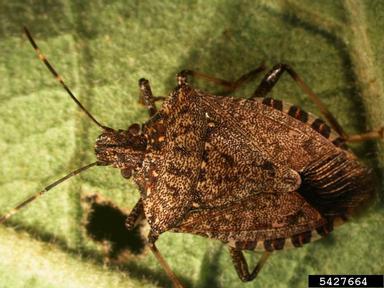 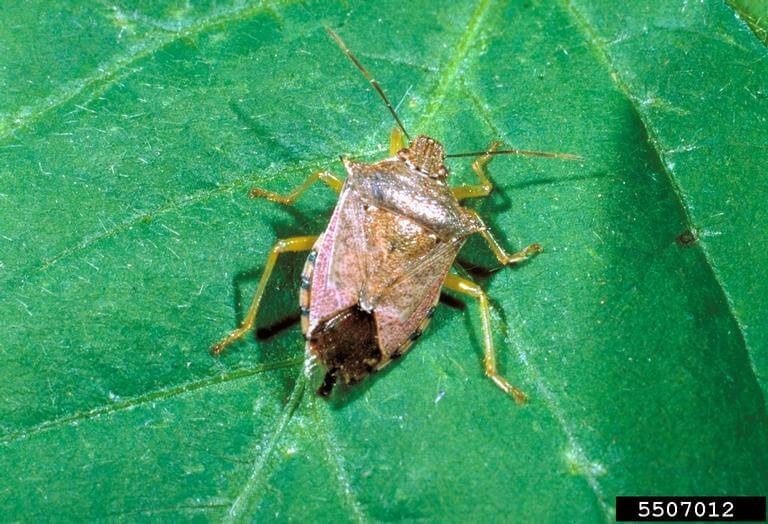 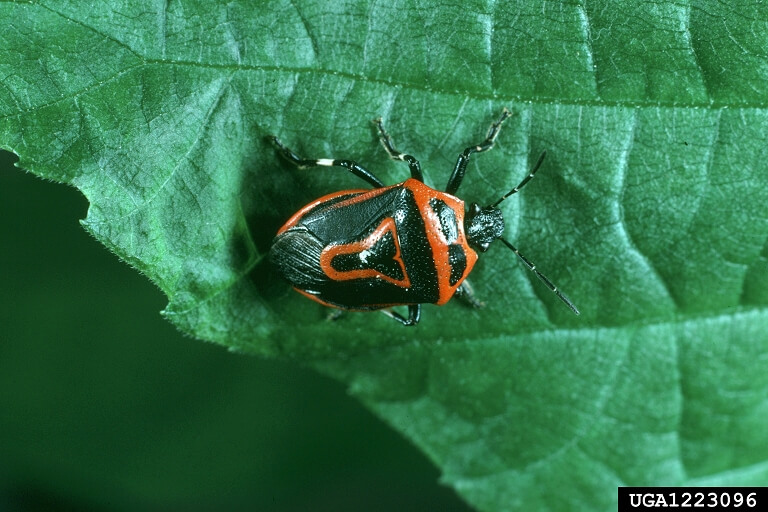 For detailed information on these and other stink bugs that may occur in soybean fields refer to Stink Bugs on Soybean in the North Central Region.

Stink bugs typically appear from mid-July through harvest.  Scout soybeans for stink bugs in growth stages R1 through R5.  Adults tend to aggregate, so rigorous sampling over several areas of the field may be needed for an accurate assessment.  Stink bugs typically colonize field edges first, so counting should include edge and interior areas.

A beat cloth may be useful to scout 30-inch rows, whereas a sweep net may be more convenient in narrow rows.  A generally accepted threshold for stink bugs in soybeans is 1.0 per linear foot of row for commercial soybeans, or 0.5 per foot of row in seed production.  The threshold for the sweep net method is 8 per 20 sweeps in production soybeans and 4 per 20 sweeps in seed beans.  The thresholds should be considered dynamic and may be adjusted to reflect the presence of other late-season insects and market economics. 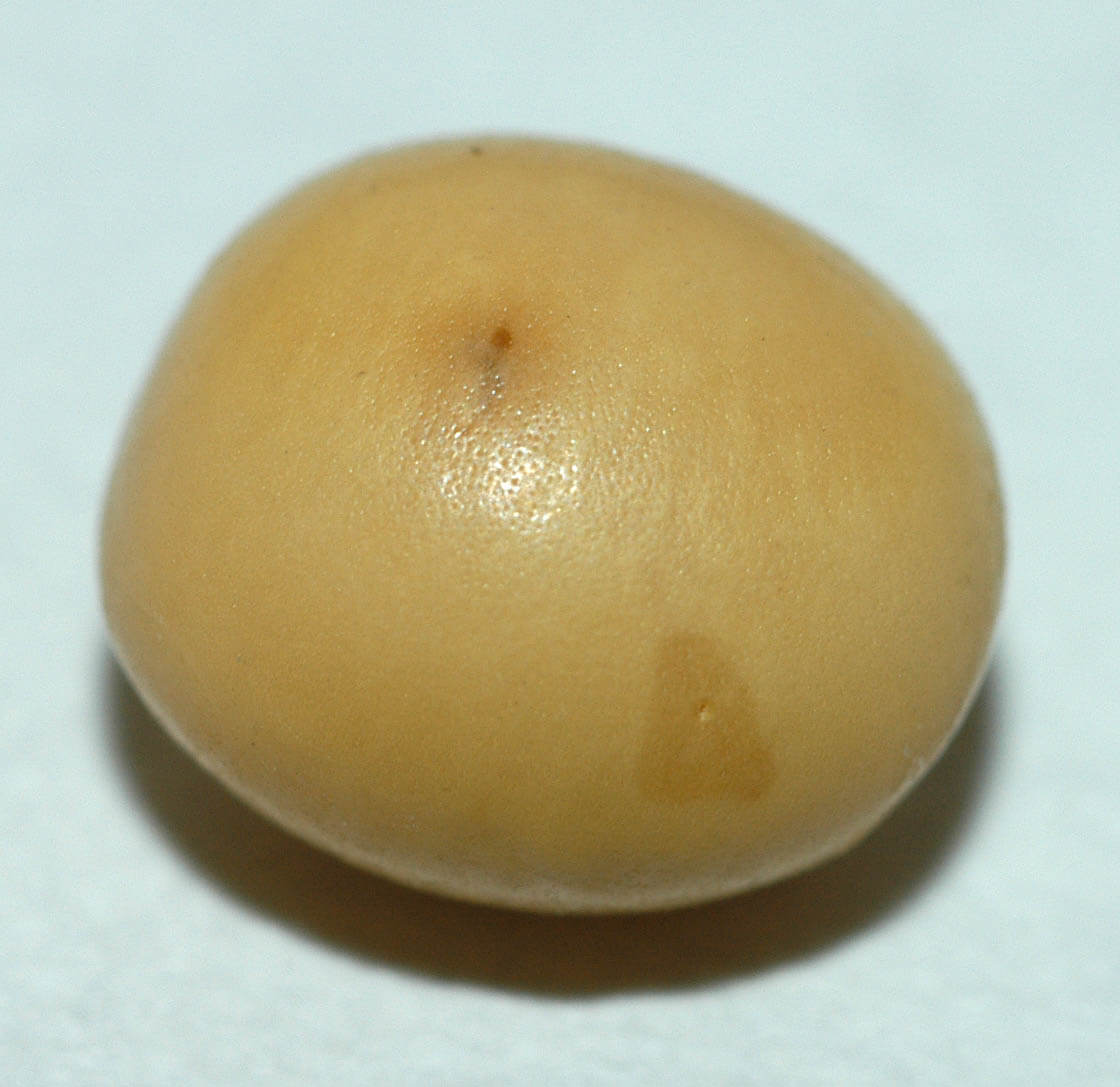 Most insecticides labeled for use on soybeans will provide effective stink bug control. Insecticide applications are generally made from pod set (R3) to full seed set (R6). Applications prior to or after this time are not necessary. After an insecticide treatment has been made, be sure to scout the field to ensure stink bug populations remain under threshold level. Be cognizant of pre-harvest intervals (PHI) when applying insecticides later in the growing season.  Always read and follow label directions.

Identification, Biology, Impacts, and Management of Stink Bugs (Hemiptera: Heteroptera: Pentatomidae) of Soybean and Corn in the Midwestern United States

Management of brown marmorated stink bug in US specialty crops