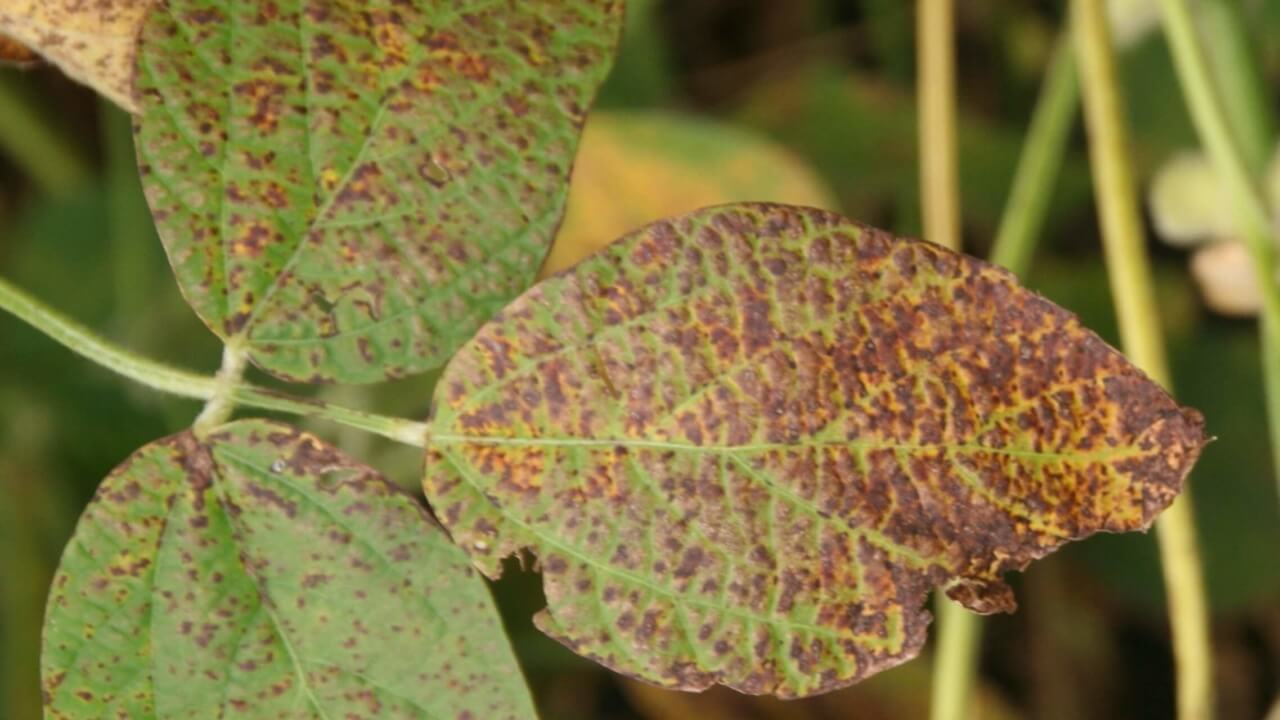 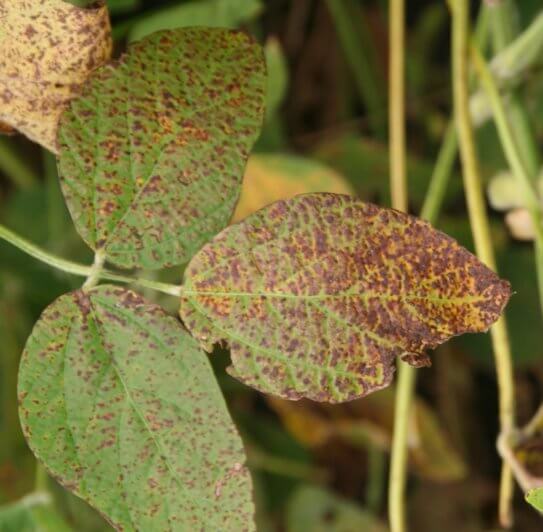 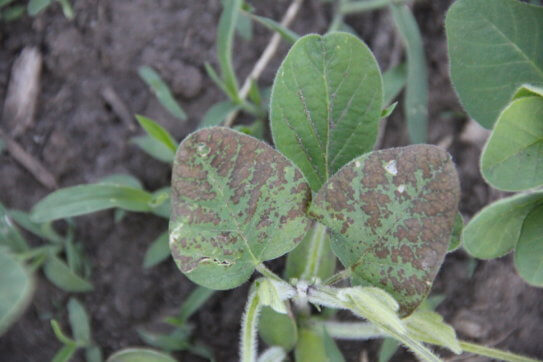 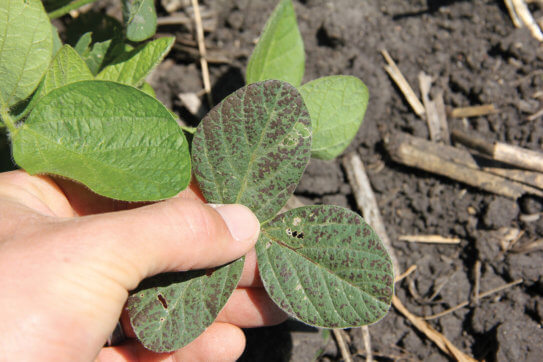 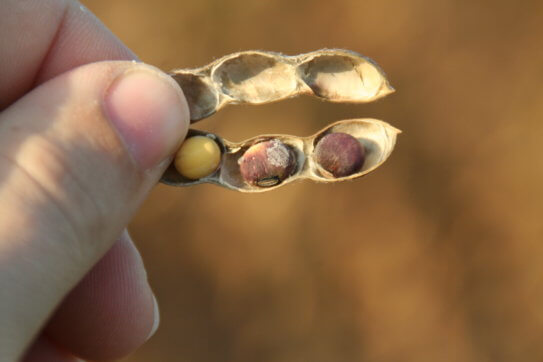 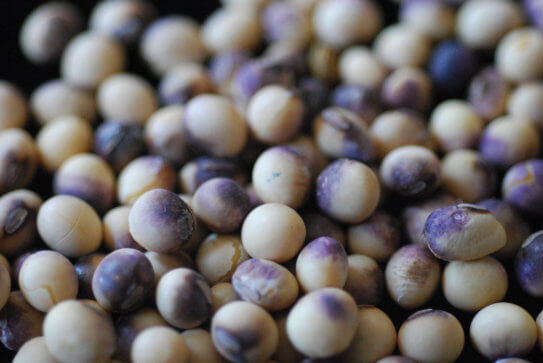 Cercospora kukuchii overwinters in infected seeds and on plant residue. The fungus forms spores on the surface of the residue during periods of warm (75-80°F), humid, weather. The spores are wind-blown or rain-splashed to new soybean tissue where infection occurs.

The disease cycle can also begin from infected seeds. The fungus grows through the seed coat to the cotyledons and into the stem. In cases of mild seed infection, the coat may be shed before infection of the seedling can occur. In other cases, the young plant may be killed at an early age, or the fungus may become established in the plant, but produce no symptoms until later in the season.

Scout for Cercospora leaf blight starting at the beginning of the reproductive growth stages. Look for a purplish-bronze discoloration on the upper surface of leaves, particularly in the upper canopy where leaves are exposed to sunlight. As the plants mature, the leaves begin to look leathery. In susceptible cultivars, the entire leaf surface may have this appearance. If you look closely at individual leaves, you can see reddish-purple spots that vary in size from pinpoint spots to larger, irregularly shaped patches. Severely affected upper leaves are often shed while lower leaves remain attached.

Cercospora leaf blight is most commonly mistaken for sunburn

At maturity, check the seed for purple discoloration. If the fungus infects the seed, symptoms can range from no symptoms, to a purple discoloration that can cover part or all of the seed. The seed phase of the disease is commonly called purple seed stain.

Be aware that there is little correlation between symptom development on the leaves and on the seed.

A combination of cultural controls and host resistance can provide good control of Cercospora leaf blight:

Seed treatments can be used on seed lots with higher percentages of infected seed. In northern growing regions, yield loss to Cercospora is minimal, although a high percentage of discolored seeds may result in significant dockage at the point of sale. In the South, foliar fungicides may be applied during early pod development stages (R2 – R4) in fields with a history of the disease, or when weather conditions are especially conducive. Spray trials suggest that fungicides only give fair control. However, products containing flutriafol, tetraconazole, and difenoconazole have performed better.