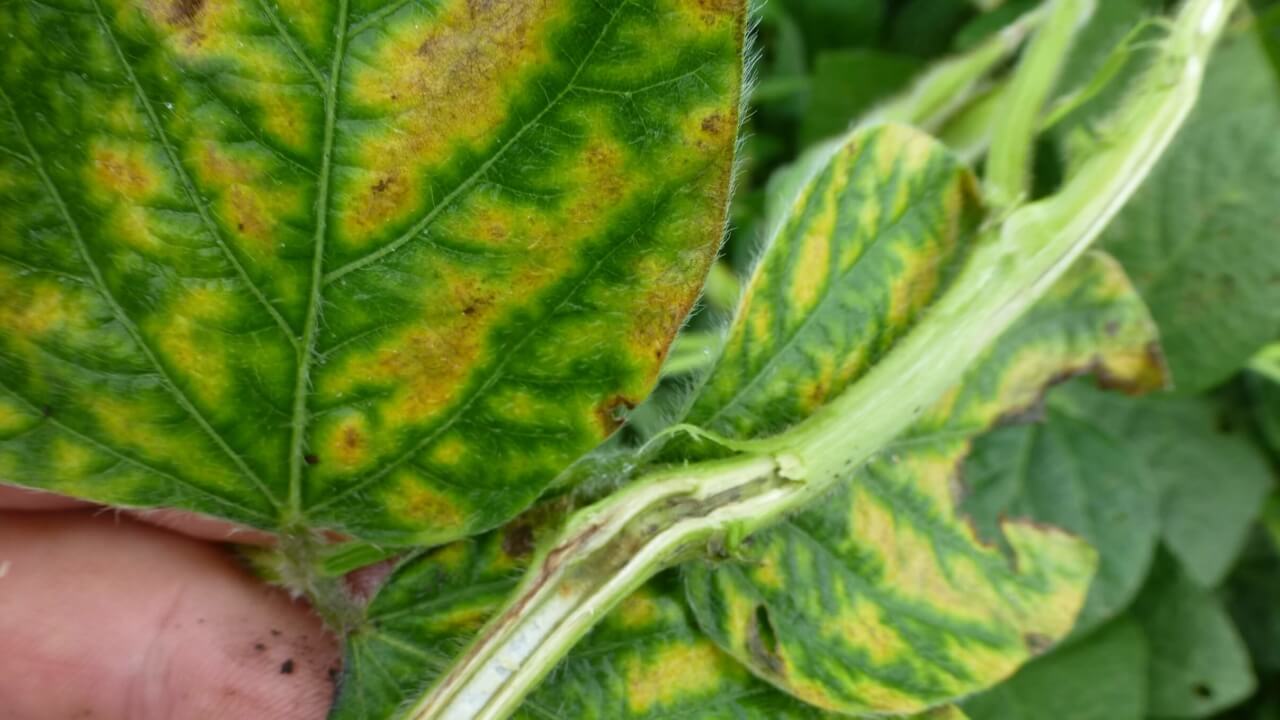 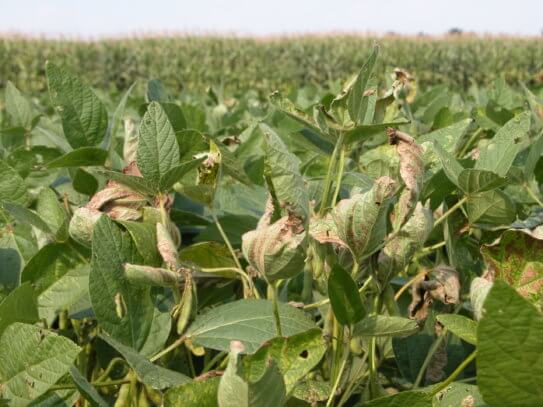 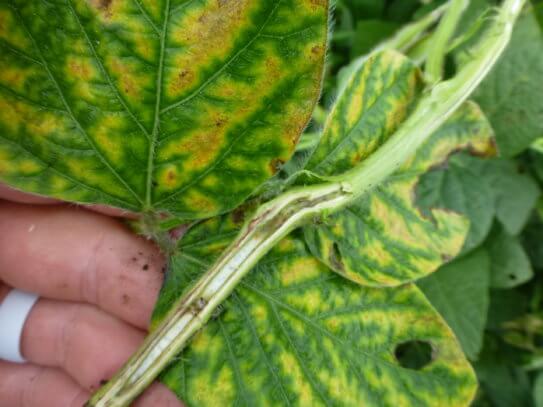 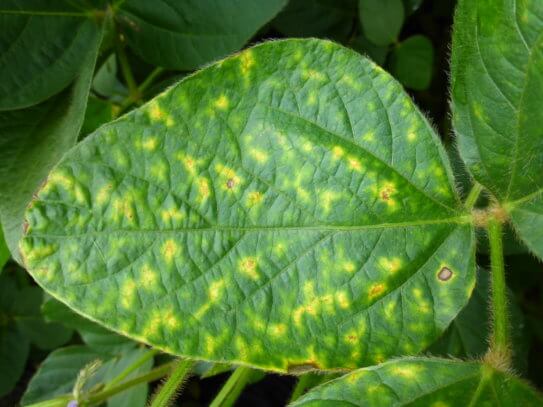 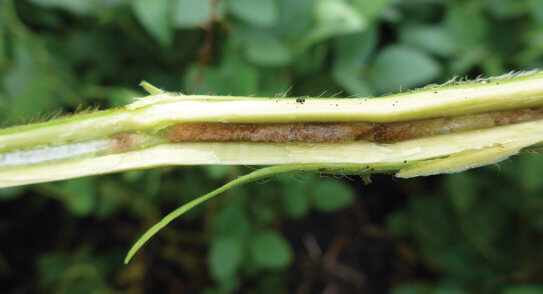 Brown Stem Rot (BSR) is a major disease of soybeans and is widely distributed in soybean fields throughout the North Central region and Ontario, Canada, particularly in areas roughly north of Interstate 70. The increase in the incidence of BSR is thought to be a result of shorter rotations between soybean and corn, which encourages a build-up of the BSR pathogen. BSR is caused by the soilborne fungus, Cadophora gregata (formerly Phialophora gregata). The fungus survives mainly in the soil and on crop residue. In the spring, the fungus infects soybean roots and eventually moves up into the stem during vegetative and early reproductive growth stages. The fungus impedes the movement of water and nutrients needed for growth. About the time of full pod development, internal browning of the stem (see photo) becomes visible and is diagnostic for brown stem rot.

Recognizing BSR is not easy. Symptoms are usually not evident until late in the growing season and are often confused with early crop maturity, the effect of dry soils, or other soybean diseases with similar symptoms.

Begin scouting at the full pod stage of development (growth stages R4 – R5). Cut stems lengthwise in several places and check for a chocolate-brown discoloration in the pith, especially at and between nodes near the soil line. Initially, the discoloration may only be found at the nodes, but it becomes continuous through the stem as the plant ages and temperatures become cooler.

It can frequently be mistaken for sudden death syndrome (SDS) or stem canker, because these diseases cause similar leaf symptoms. However, root and stem symptoms can be used to differentiate among the three diseases. In the southern range of the disease, feeding damage from Dectes stem borer will also cause a browning of the internal stem.

Two types of C. gregata are common in the U.S. Type A produces both internal browning and foliar yellowing and browning. Type B typically produces only stem browning.  A laboratory test can be used to distinguish the two types. Type A typically results in greater yield loss. Type B is often found in “resistant” soybean varieties.

Crop rotation
A minimum of two years between soybean crops in fields with a history of brown stem rot will effectively reduce pathogen populations and the risk of BSR. Corn, small grains and forage legumes are all good rotation crop choices. Soybean is the only host for the brown stem rot pathogen.

Residue management
Because the brown stem rot fungus survives mainly on crop residue left on the soil surface, decomposition of the residue is believed to be an important factor in managing this pathogen. In no-till or reduced tillage systems, longer crop rotations and shredding soybean straw with a combine-mounted shredder are effective practices to reduce pathogen populations.

Chemical Control
Foliar fungicides have no effect on brown stem rot. Likewise, seed treatment fungicides will have no effect, since protecting the seedling will not be enough to prevent infection after the materials lose their efficacy.