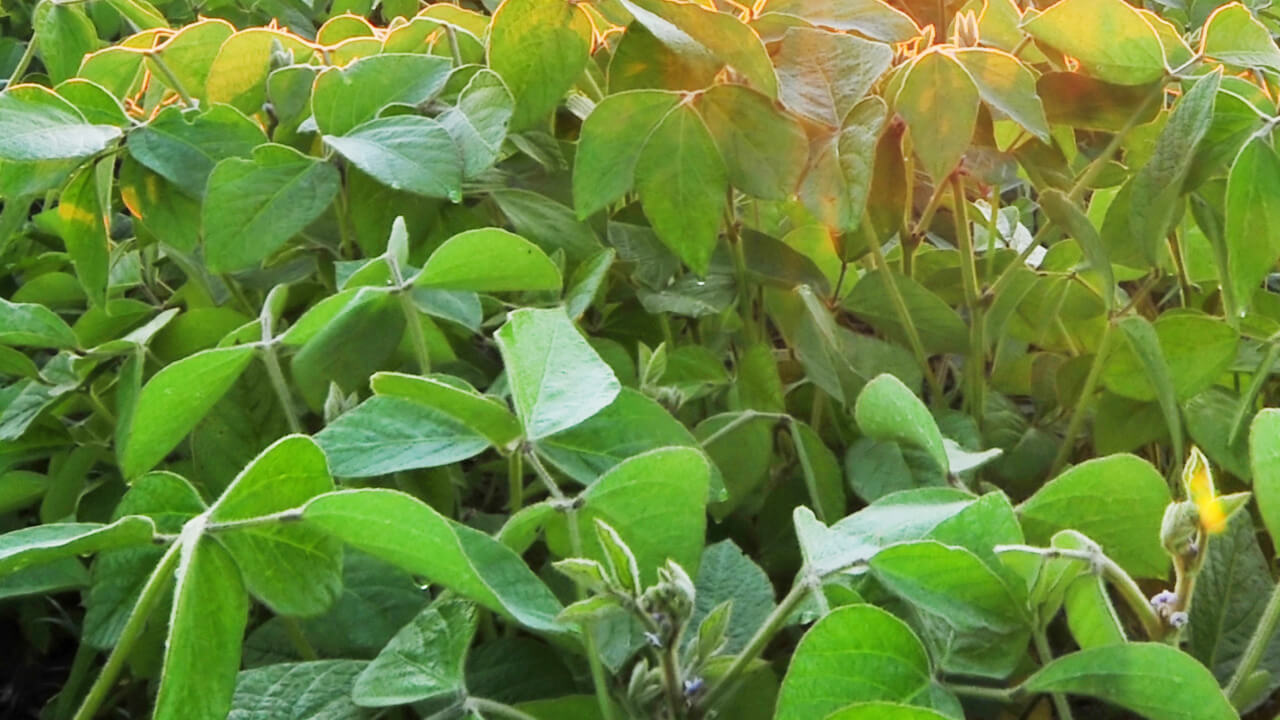 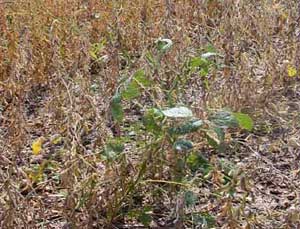 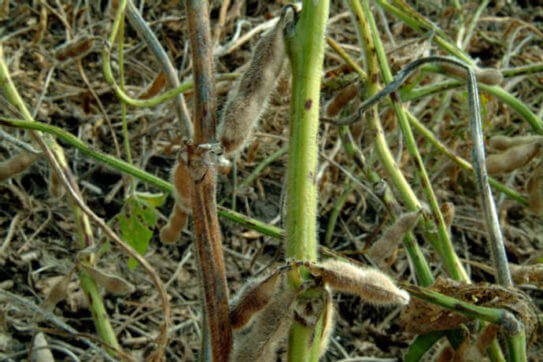 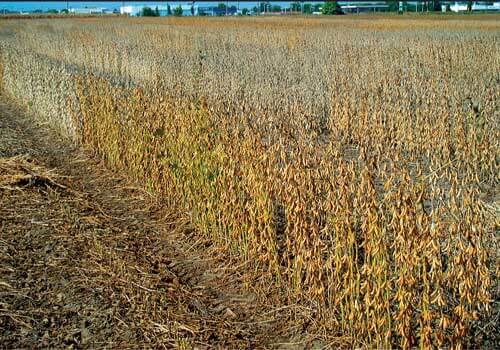 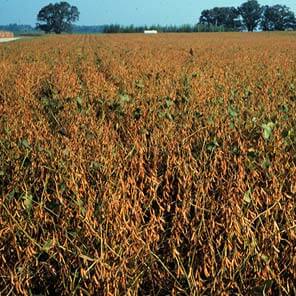 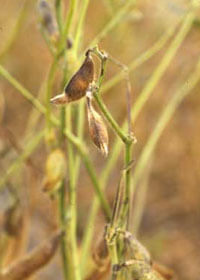 Green Stem is a disorder of soybean in which stems remain green and moist well past the point when pods and seeds are fully ripe and dry. Various names are used to describe the problem including green soybean syndrome, green stem disorder and greening effect. In this document, it will be referred to as Green Stem Disorder (GSD).

GSD has been observed for many years, but harvesting issues related to the problem have increased dramatically over the past decade. GSD complicates harvesting of soybeans by significantly increasing the difficulty in cutting the affected plants during harvest. As a result, combine operators often must reduce ground speed and increase engine power, resulting in poor fuel efficiency and increased harvest time. It also increases wear and tear on combines. Harvest delays also increase the chances of lodging, shattering, and seed decay that can reduce grain yield and/or quality. On a positive note, soybean processors have reported that while oil from excessively green seed lots is cloudier than oil from lots with little or no green seeds, there are otherwise no differences in the quality or the usability of the oil.

The cause of GSD is uncertain, but it is likely the result of several different potential factors. Common soybean viruses, including Bean Pod Mottle Virus (BPMV), Tobacco Ringspot Virus (TRSV) and Tobacco Streak Virus (TSV) have been implicated as possible causes. However, a series of research studies addressing the role of BPMV in green stem concluded that green stem is not consistently associated with BPMV infection. It remains possible that other viruses may be involved.

Stinkbug feeding is well known to cause a disorder called “green bean syndrome” in the southern U.S., in which the maturity of the entire soybean plant is delayed. However, feeding by bean leaf beetles, leaf hoppers, or stinkbugs has not been consistently linked to green stem incidence.

A common characteristic of plants exhibiting GSD is that they have significantly fewer pods. Research at the University of Kentucky clearly established this relationship of increasing GSD with a reduction in pod number. It is often noted that soybean plants infected with TRSV, the causal agent of bud blight, have relatively few pods at maturity and the stems remain green.

Although the cause of the GSD is not fully determined, there are consistent and significant differences among varieties in their sensitivity to green stem disorder.

Scouting should begin about the time the leaves begin to turn yellow and drop. As harvest approaches, scout for plants that have retained green, moist, non-senescent stems, petioles or leaves, while the pods and seeds are mature, brown and dry… Be sure to inspect plants before the first killing frost.

Factors that have been linked to delayed maturity or green stem disorder include:

Sometimes leaves or petioles may remain attached to plants with GSD symptoms. Green plants also may have significantly fewer pods. Only normal maturation of stem tissue appears to be affected. Plants affected with the disorder may be scattered or occur in patches or even large areas in the field.

Determining the cause and management of GSD is an active area of research for soybean breeders, agronomists and plant pathologists.

Several studies have demonstrated that there are consistent differences in the tendency of specific cultivars to develop green stem. Therefore, growers who have consistently had green stem issues should choose cultivars that are less likely to develop the disorder. Your seed dealer may have information on potential green stem development of a specific soybean variety.

Research at the University of Illinois demonstrated that the use of Group 11 strobilurin fungicides (QoI), particularly pyraclostrobin, resulted in a higher incidence of GSD with levels approaching 50% in some cases. Growers with concerns may want to consider the use of a Group 3 triazole (DMI) fungicide as an alternative.

Particularly in the south, paraquat is sometimes used as a harvest aid to reduce moisture in leaves, pods, and stems, but results are often inconsistent.