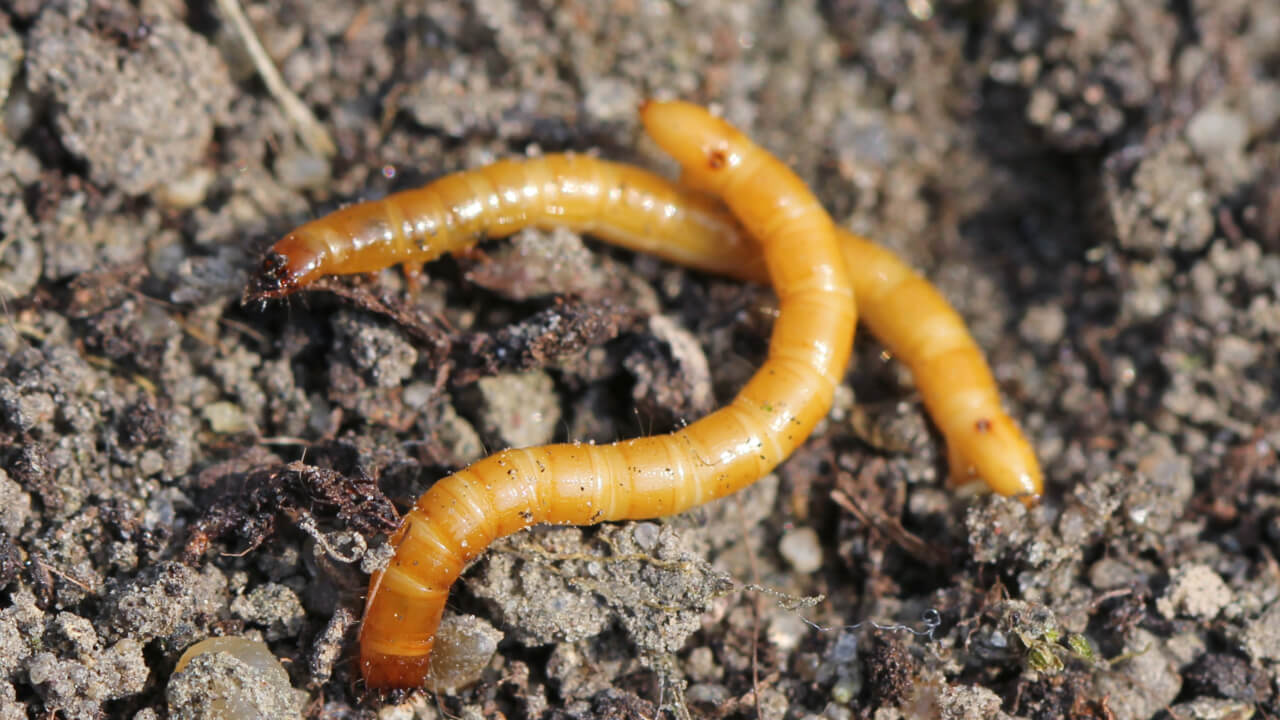 Biological control is defined as the use of living beneficial organisms, also called natural enemies, for the control of pests.

Birds, mammals and reptiles feed on insect pests, but the most important group of natural enemies are insects that feed on other insects. These beneficial insects occur abundantly in cropland and provide a significant amount of control of some crop pests.

Biological control can be easily and effectively supplemented with cultural and carefully-chosen chemical controls when necessary. This is the basis of the concept of integrated pest management (IPM).

Predatory insects are usually much larger than their prey. They are generally voracious feeders that kill and eat a wide variety of insects as they grow and reproduce. Ground beetles, minute pirate bugs, lacewings, and ladybeetles are examples of predatory insects.

Most predators are fairly mobile and can search for their prey. Many predators are active in both their immature larval or nymph stage as well as adults. 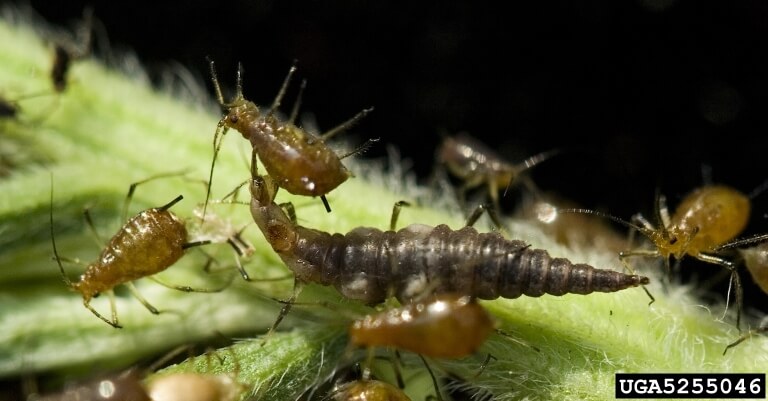 Insect parasites, also called parasitoids, are some of the most effective natural enemies, however, they are tiny and easily overlooked. Many of these are non-stinging wasps. Parasitic wasps are free-living in the adult stage. They lay their eggs in the target pest. When the eggs hatch, the parasitic larvae eat their hosts from within, ultimately resulting in the death of the host insect.

When scouting for this type of biological control activity, you will look for signs of the parasitized pest rather than the parasite itself. 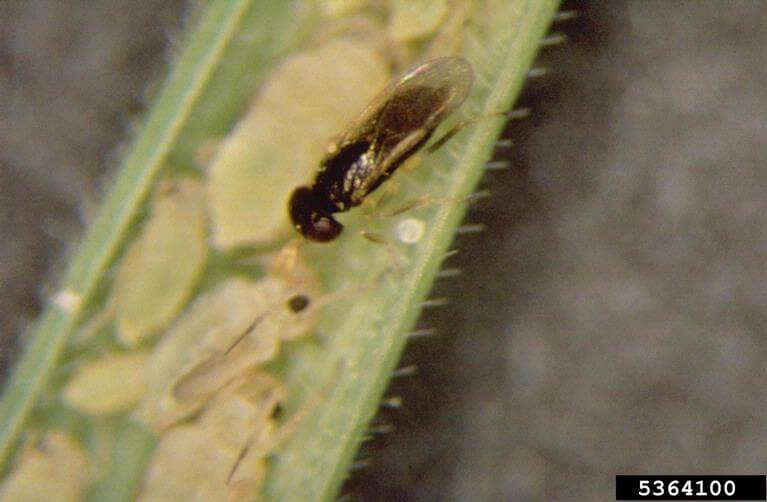 Insect pathogens are a third type of natural enemy. Insect pathogens include fungi, bacteria, viruses, and nematodes that infect or attack insect pests, resulting in their death. The most well-known insect pathogen is Bacillus thuringensis, or Bt, which is a bacterium that has been made into commercially available microbial insecticides.

Fungi that attack insect pests are known as entomopathogenic fungi and are fairly common. Under rainy, humid conditions, the fungi produce spores that infect the insect. Death caused by fungal infection can be a major mortality factor for soybean aphids. Under some conditions, entire aphid populations can be wiped out. However, most of the time infection does not occur early enough or often enough to be an important control agent.

Natural Enemies and Insecticides
The use of broad-spectrum insecticides and fungicides are one of the main obstacles to effective biological control since natural enemies are just as susceptible to the pesticides as the targeted pest.

Sometimes, one pest will be under good biological control, just as another one is reaching an economic threshold. This is often what causes a secondary pest outbreak in which the pest that was not causing damage becomes damaging after treatment eliminated its natural enemies. As an example, spraying an insecticide to control soybean pests such as grasshoppers, green cloverworms or soybean loopers may eliminate the beneficials that help control spider mites, resulting in a flare-up of mites in the field.

A similar situation, called pest resurgence, occurs when the population of the treated pest, especially aphids, rebounds rapidly because of the elimination of its natural enemies.

It is important to protect natural enemies present in a field.