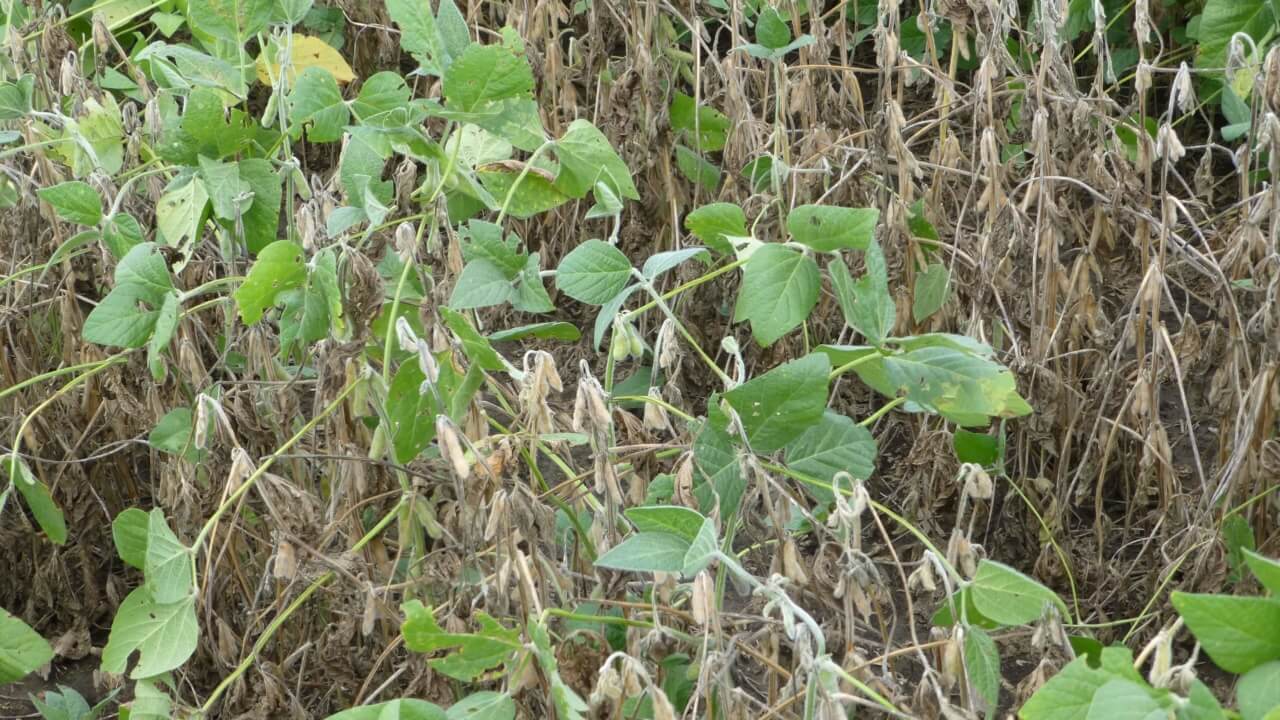 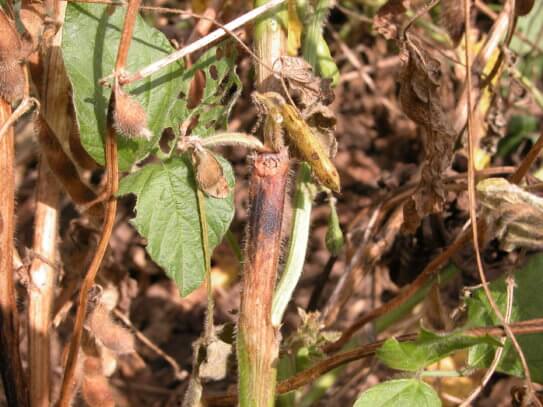 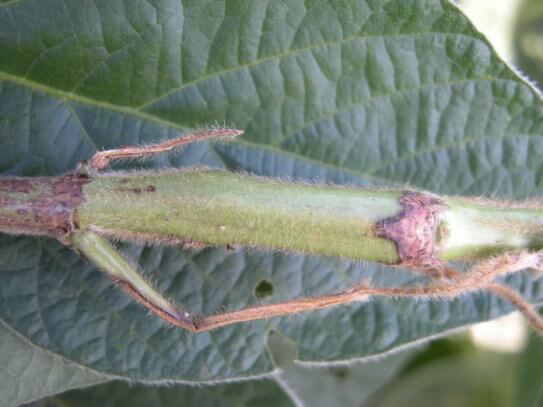 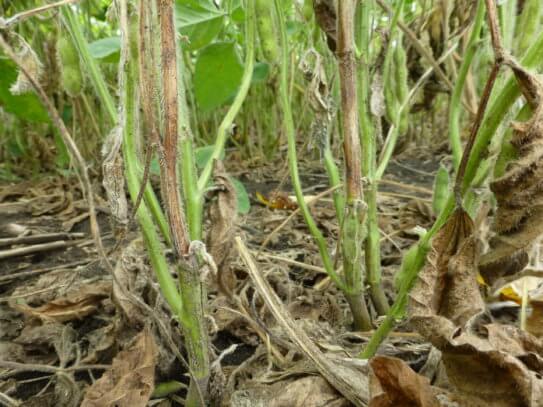 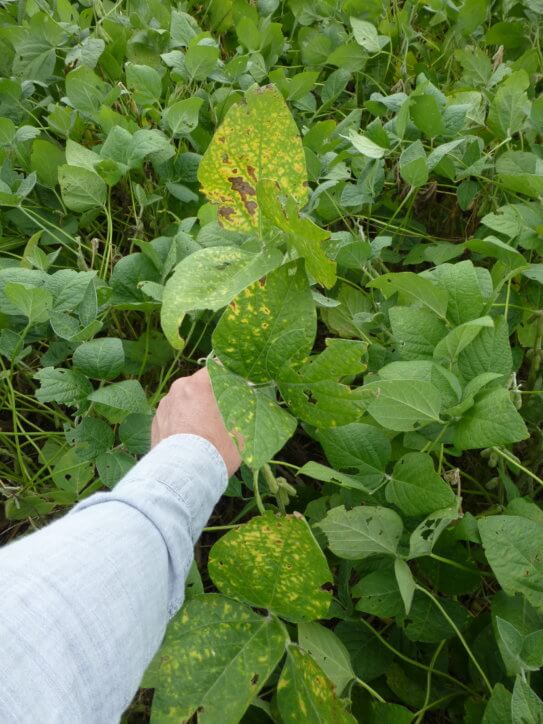 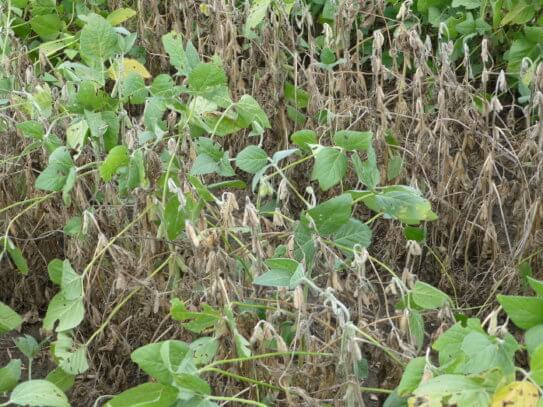 Stem Canker is a disease of soybean in the United States and Canada where infections occur primarily on the lower portion of the stem. Multiple fungi in the genus Diaporthe cause the disease. However, identifying and managing stem canker is similar regardless of which fungus is involved.

Yield loss from stem canker can approach 50 percent on susceptible cultivars under favorable conditions. Stem canker can cause premature death of soybeans in large areas of the field. These plants often have fewer and smaller seeds.

The impact on yield is greatest when plants are infected early in the vegetative stages and weather is conducive for disease development. Infections that occur during reproductive stages often affect yield less.

Soybeans with partial resistance to stem canker must be infected very early in the season for extensive yield loss to occur.

Fields with a notable incidence of stem canker may be detected at any time from flowering to well into pod set and development. This usually is sometime from late July onward. In South Dakota, stem canker fields are typically reported in mid- to late August. At this time canker expansion and plant death may be rapid.

From a distance, fields with stem canker may be mistaken for other diseases such as white mold or Phytophthora stem and root rot.

If you are unsure about the diagnosis, seek assistance from an Extension educator, agronomist, or your state university Plant Diagnostic Clinic.

Early symptoms of stem canker include slightly sunken, reddish-brown lesions usually at the base of lower leaf or branch nodes. They are usually seen during reproductive growth, long after infections have occurred during early vegetative growth.

Eventually the expanding canker may girdle the main stem, causing the plant to wilt and die. A diagnostic symptom of stem canker is green stem tissue present both above and below individual stem cankers. Brown discoloration may also develop inside the stem.

Lesions may occur at the soil line, making it possible to confuse this disease with Phytophthora stem and root rot. Stem canker, however, does not cause root rot, and the lesions lengthen down the stem. Lesions caused by the Phytophthora fungus begin on the roots and elongate up the stem.

Factors that favor the development of stem canker are:

The best way to manage stem canker is to plant resistant soybean varieties, although resistance may not be available for early season varieties. Consult your seed dealer for current information about varieties with stem canker resistance.

Rotating crops to a non host is recommended to reduce the amount of inoculum available to infect the next soybean crop. Rotate soybeans with a non host such as corn, wheat, and sorghum for at least two years after a severe disease infestation. If stem canker is severe, avoid rotating the field with alfalfa, which is also a host.