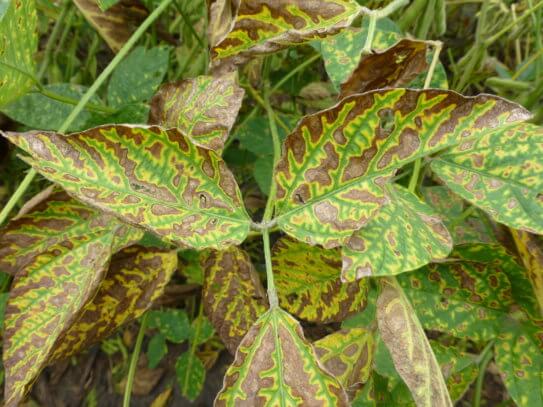 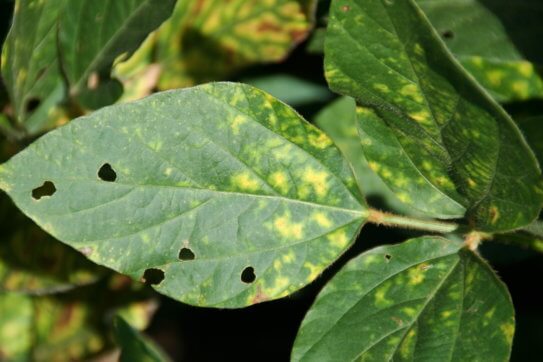 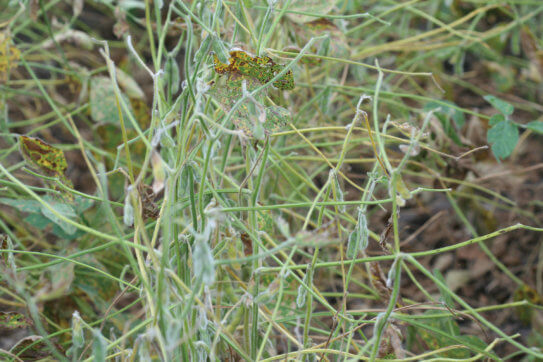 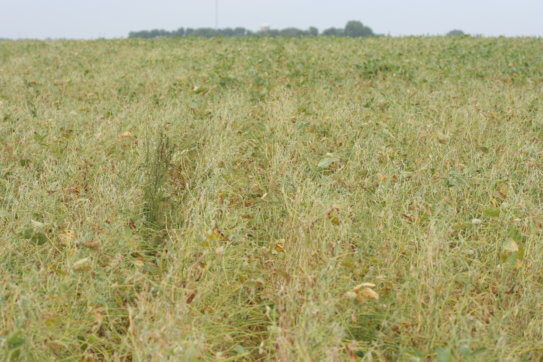 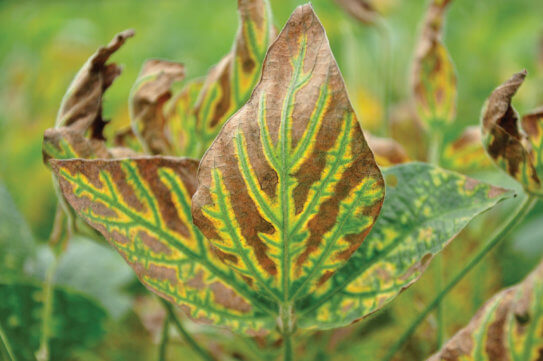 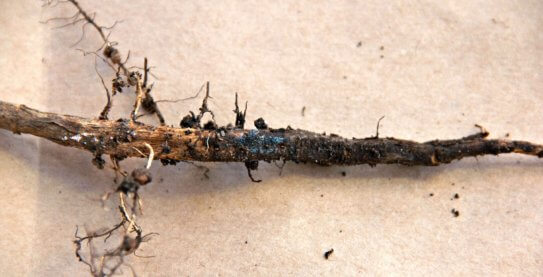 Soybean Sudden Death Syndrome (SDS) has become one of the leading yield-limiting soybean diseases in North America. The disease is caused by the soilborne fungus Fusarium virguliforme. SDS has two phases–a root rot phase and a leaf scorch phase. The fungus is closely related to another soybean pathogen, Fusarium solani form B, that causes seedling disease and root rot.

The disease’s importance varies greatly throughout production areas. In some years the disease may be present in a high percentage of fields across an entire state and in others it can be localized or rare. The foliar phase of the disease produces symptoms that can be confused with other diseases, most notably stem canker and brown stem rot. Phytotoxicity symptoms from some triazole fungicides also can be easily confused with those of SDS. It is well documented that there is a high degree of association between the presence of soybean cyst nematode (SCN) in a field and SDS development.

The SDS pathogen
The fungus survives the winter in both soybean and corn crop residue as well as in the soil. The fungus can infect young soybean roots shortly after germination. Infection is greater when seedling development is slowed by cool, wet soil conditions. The fungus will remain in the roots while the plant continues to grow. During the late vegetative or early reproductive stages, the fungus produces a toxin that is moved upward through the plant to the leaves where it produces the associated foliar symptoms. 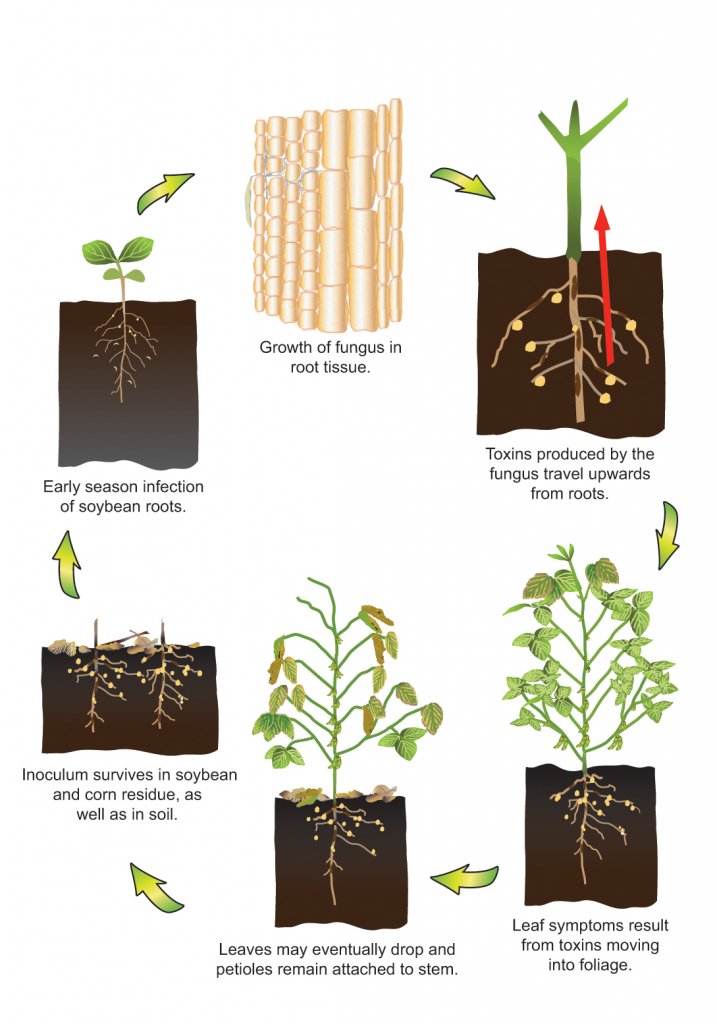 Diagnosing SDS can be challenging because other diseases and disorders cause similar symptoms. Foliar symptoms alone are not enough to diagnose SDS. It is important to dig plants and inspect them closely. When the stem is split open, the pith of an infected plant will be white even if roots are severely rotted. When the taproot is split, there is typically a gray to brown discoloration. All or only parts of a field may show symptoms. You may also need a laboratory diagnosis to distinguish SDS from other soybean diseases and disorders.

Foliar symptoms
Symptoms of SDS are easy to recognize. Symptoms first appear as small, pale green to yellow circular spots on the leaves during late vegetative or early reproductive growth stages. As the disease progresses, the areas between the leaf veins will first turn bright yellow, then eventually brown, with the veins remaining green. The brown tissue between veins may die and fall out, leaving large ragged holes and streaks in leaves. The leaves will detach from the petioles and fall to the ground. The petioles remain attached, giving the plant a somewhat skeletal appearance. Symptoms are generally more pronounced in the upper canopy. Flowers and pods may abort or not fill.

Root symptoms
A key symptom of SDS is a substantial amount of root discoloration along with root and crown rot. Diseased plants are easily pulled out of the ground because of decayed lateral roots and taproots. When split lengthwise with a knife, the internal tissue of the taproot will be gray to reddish brown, not healthy white. In advanced stages, the fungus may appear on the outer taproot as a blue mold.

Symptoms present on both leaves and roots are diagnostic for SDS
SDS may be mistaken for brown stem rot (BSR) or stem canker, because these diseases show similar leaf symptoms. It’s important to distinguish between these diseases because the control measures are different:

Infection by the SDS pathogen is favored by:

The SDS pathogen spreads from field to field with the movement of soil on equipment, field activity, birds, animals, and soil movement by wind or water erosion. Although SDS can occur in fields not infested with SCN, heavy SCN pressure seems to worsen SDS.

The Relationship Between the Causal Agent of SDS and SCN in Wisconsin, University of Wisconsin, 2015