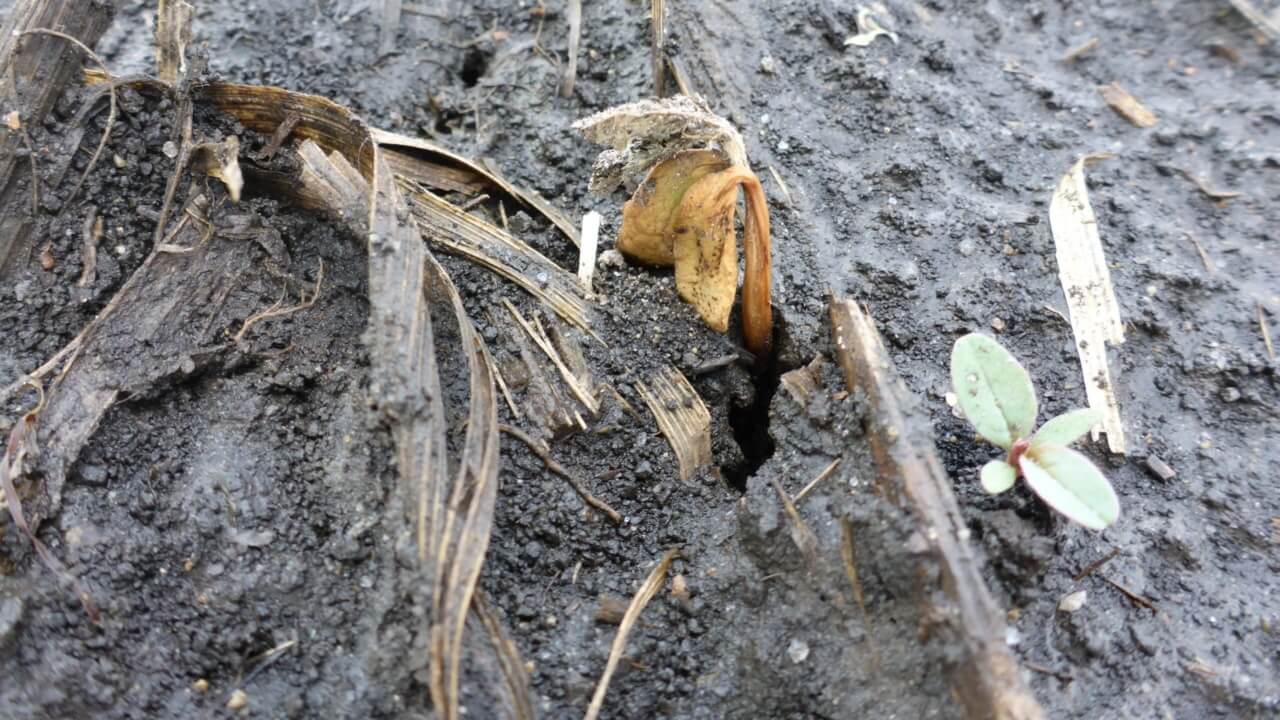 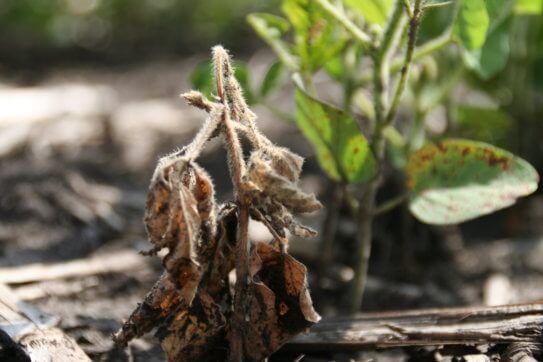 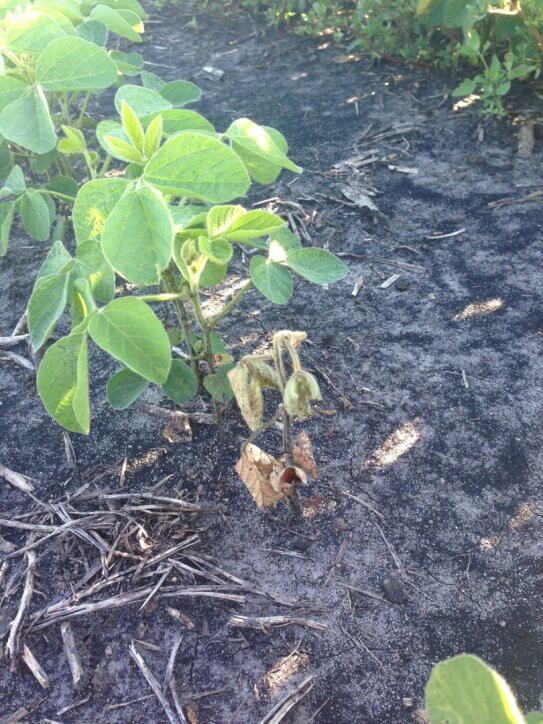 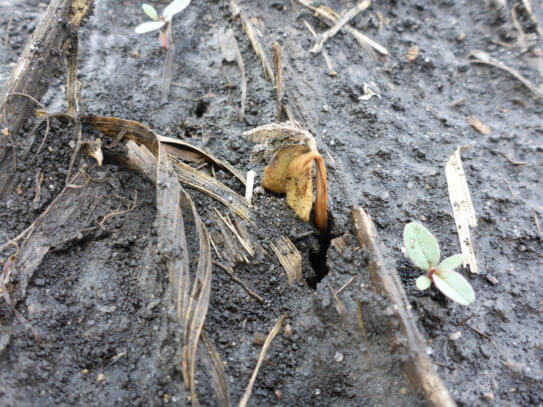 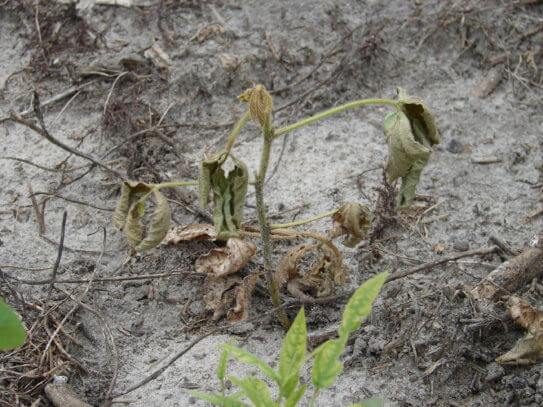 Seedling health can be compromised by soilborne plant pathogenic fungi that cause seed rot, seedling death, or root decay. Seedling-infecting fungi are common in all soybean fields.

Poor stands may be the first indication of a pathogen problem. Damping-off, or seedling blight, is a general name for infections that occur at or just below the soil surface, toppling the seedlings at the base.

Plant health assessment is important in the seedling stage

Frequently, seedling health is ignored because plant populations are acceptable, and stem and leaves do not express symptoms during early vegetative growth. However, notes taken about plant health in the seedling phase can be used to make adjustments to crop management in subsequent years and may help diagnose symptoms or explain less than anticipated yield later in the season.

Conditions that favor Pythium and Phytophthora

Several fungi can cause stand establishment problems either before or after emergence. When digging in the seed bed, look for rotted or mushy seed. As seedlings emerge, scout for discolored roots, damping-off symptoms, or sunken reddish cankers on stems. Plant death can be rapid. Often, there can be an uneven distribution of plant loss in the field or the poor stands may be limited to especially wet areas of the field.

In addition to plant symptoms, gather the following information on the field conditions:

Poor emergence caused by wet, rotted, mushy seed is favored by wet soils immediately after planting. Phytophthora, Pythium, Rhizoctonia and Phomopsis disease are all capable of causing rotted seed before or at germination.

Damping-off is a symptom characterized by a “pinching” of the stem at or just below the soil line. Plants infected at the seedling stage will show the typical “damping-off” symptom. Plants frequently collapse and die. Also commonly referred to as seedling blight, Pythium, Phytophthora and Rhizoctonia can all produce damping-off symptoms.

Stem decay may occur at the seedling stage or may not be apparent until later in the vegetative stages. In seedlings and older plants, reddish-brown, sunken lesions on the stem are a characteristic symptom of Rhizoctonia infection. Unlike infection caused by Phytophthora, or Pythium, the infected stems remain firm and dry.

Seedling diseases are difficult to correctly diagnose in the field and it is easy to mistake them for other problems such as herbicide damage. In addition, seedlings may be affected by more than one seedling disease. For these reasons, we recommend sending injured or diseased soybean seedlings to a University Extension diagnostic lab (along with all relevant field information) to confirm the cause before implementing a disease management program. Obtaining an accurate diagnosis will allow you to determine the best management strategies for your soybean field for the current season and in future years.

What to do if seedling diseases are present

If replanting is necessary

The first 10 to 14 days following soybean planting is the window of opportunity for Pythium and other soil fungi to infect the plant. Implement practices that promote quick germination and seedling emergence to prevent infection:

When to treat seed with fungicides
Use of a seed treatment will not guarantee an improved stand or increased yield in every field, every year. The benefit of a seed treatment will most frequently be seen in fields planted early before ideal soil temperatures are reached, poorly drained fields, fields with a history of stand establishment problems, or in seasons where frequent rains make getting soybeans planted on time difficult and growers may be forced to plant into less than ideal soil conditions.

Which seed treatment product to use?
As chemical and seed companies continue to merge, the decision of which seed treatment products to use is often taken out of the grower’s hands. Where seed is treated by a seed conditioning facility, price and availability of products in the region may determine what can be offered. Generally, it is best to use products that contain multiple active ingredients with differing modes of action in order to obtain broad spectrum disease control. For instance, if Pythium or Phytophthora diseases are being targeted, then a product that contains metalaxyl, mefenoxam, ethaboxam or oxathiapiprolin should be used. Where Rhizoctonia is being targeted, products containing sedexane or fluxapyroxad would be desirable. It is increasingly common for companies to market products with two, three or even four active ingredients in the same product. Because of the high price of GMO seed, some growers are using seed treatments as “insurance”, even when stand counts or yields are not necessarily improved.